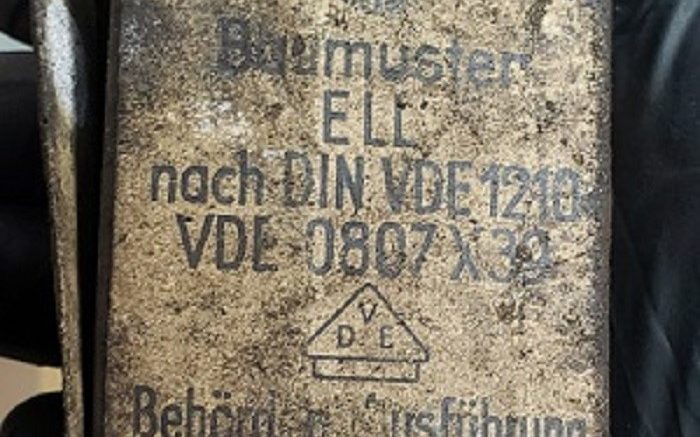 Hope –  A package transported to the RCMP for disposal put police on high alert, closing the detachment for an afternoon.

The alarm was triggered in the early afternoon on January 31, when a man arrived at the Hope RCMP detachment with a package discovered in a WWII ammunition container inside of a storage locker.

“The detachment was immediately evacuated and closed to the public with the area cordoned off while we determined the content of the package,” says Staff Sergeant Karol Rehdner of Hope RCMP. “The safety of citizens and our staff was a priority during the incident.”

“Fortunately the contents were not explosive, however simply touching an explosive device may cause a detonation,” explains Rehdner.

RCMP remind everyone not to touch or convey an article which appears to be out of the ordinary or out of place to your local RCMP detachment or local authority.  Contact your police for an officer to attend the location.