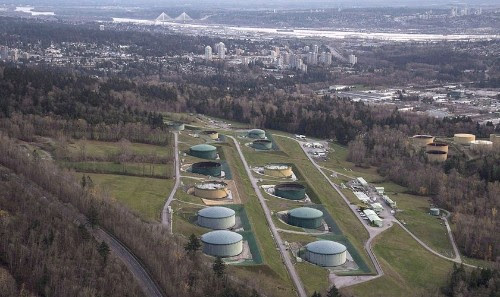 Ottawa (with files from MSN) – This decision may not heal the wounds, but it is a major victory for Ottawa and the plans to push through the Trans Mountain pipeline project.

The Federal Court of Appeal has dismissed a challenge to the Trans Mountain pipeline expansion.

A court hearing in December focused on the government’s consultation with the First Nations between August 2018 and June 2019.

The BC NDP government also tried to slow down this process, but to no avail.( Via legal action against the Province of Alberta).

However, on Tuesday the Federal Court said the Indigenous groups did not show that Canada failed to meet its duty to consult and accommodate during the re-initiated consultations.

The entire legal document can be found below:

In a media statement, the Union of BC Indian Chiefs (UBCIC) said they were deeply disappointed by the court’s decision in Coldwater Indian Band et al. v. Attorney General of Canada et al. that gives the greenlight to the pipeline project.

“UBCIC strongly disagrees with the decision released today and continues to stand by the Indigenous Nations who put forth their legal challenges to defend their right to free, prior and informed consent, and to hold the Crown accountable for its failure to adequately consult with Indigenous peoples,” stated Grand Chief Stewart Phillip, President of UBCIC. “The court’s ruling rests upon discriminatory and hypocritical foundations; their rejection of the Nations’ appeal rests on the claim that when it comes to a project of public interests, ‘the law does not require the interests of Indigenous peoples prevail,’ and that Indigenous peoples cannot veto projects such as the TMX. Let me make clear that Indigenous peoples are not seeking a veto. We are seeking to have our human rights upheld. The so-called rule of law cannot be used to discriminately discount the Title and Rights of the Indigenous Nations that stand to be impacted by natural resource projects on their territories. Furthermore, this is about more than the superficial duty to consult process, it is about the duty to the environment and to our grandchildren. In the end, this is another day at the office, and we are resolute in our commitment to uphold inherent Indigenous Title and Rights and self-determination, and to protect the lands and waters.”

Chief Don Tom Vice-President of UBCIC stated, “We are saddened that Canada and BC continue to rally around the TMX– it represents an environmental liability that we simply cannot afford in the age of climate emergency. Canada has bulldozered a pathway forward on this unsustainable project that is in no way honorable, in the interest of the public, or aligned with its commitment to implement federal legislation on the United Nations Declaration on the Rights of Indigenous Peoples. Canada’s adversarial approach in dealing with Indigenous Nations concerned about the still inconclusive environmental risks the TMX poses, displays an alarming lack of respect for Indigenous Title and Rights and is inconsistent with the historic Supreme Court of Canada’s Tsilhqot’in judgement. Canada continues to ignore and minimize the severe environmental risks of the TMX: an oil leak could disastrously contaminate the main source of drinking water for the Coldwater Indian Band, and a seven-fold increase tanker traffic would raise the threat of an oil spill in sensitive habitat that lies within traditional territories of the Tsleil-Waututh and Squamish Nations.”