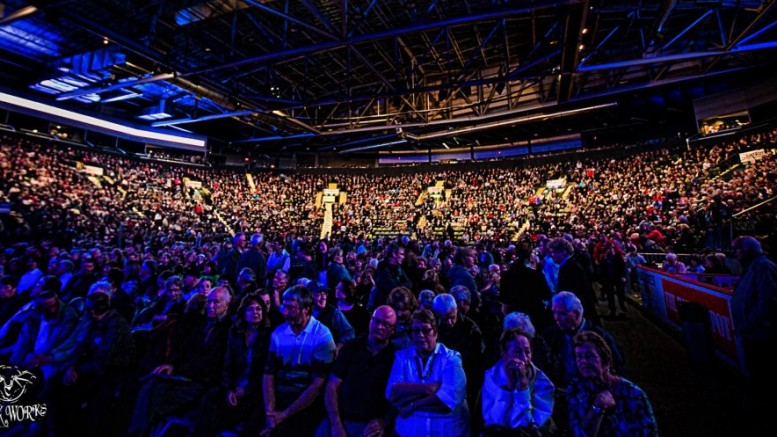 Abbotsford – Spectra, the provider of venue management to the Abbotsford Centre in British Columbia is proud to announce that in the recent release from Pollstar of their yearend report, the Abbotsford Centre has placed #158 in the Top 200 Arena Venues worldwide. The arena also placed No. 2 of all venues in the Pacific Northwest with a 5,001-10,000 capacity in the January issue of VenuesNow.

Pollstar Magazine is the only trade publication covering the worldwide concert industry. The yearend report showcases the top tours, arenas, theatres and more as 2019 reaches the end.

“The Abbotsford Centre is an important part of our City’s recreation and entertainment infrastructure. I’m pleased that this facility is once again being recognized as a top venue in Western Canada and the Pacific Northwest. The Abbotsford Centre is a premier venue hosting countless concerts and community gatherings as well as being home to the Canadian Elite Basketball League’s Fraser Valley Bandits.” – Henry Braun, Mayor, City of Abbotsford

2019 was an amazing year for concerts at the Abbotsford Centre with shows ranging from Dan + Shay, Offspring & SUM 41, Judas Priest, Dallas Smith & Dean Brody to For King & Country and Johnny Reid

“We are thrilled to see the Abbotsford Centre ranked in the top 200 venues in the world,” said Spectra’s Rick Comeau, General Manager, Abbotsford Centre. “On top of the concerts, the Abbotsford Centre continued to increase our bookings with the addition of the Vancouver Canucks exhibition game, the first season of the Fraser Valley Bandits of the Canadian Elite Basketball League, and numerous rentals from community events, graduation ceremonies, movie and television shoots.”

Spectra manages two other venues in Canada that placed on the Pollstar yearend list. Canadian Spectra venues include: