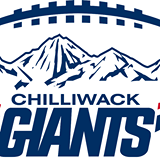 He will be back in court January 28.

Cahoon has been in legal trouble like this before in 2007 in Kamloops. The same anonymous sources told FVN that Cahoon has had a gambling issue.

Wayne Bjorge and Deborah Green of the Giants both told FVN and chillTV that they are deeply saddened by the events and trust that this will not harm the football program.

The internal announcement from the Giants which FVN and chillTV obtained: