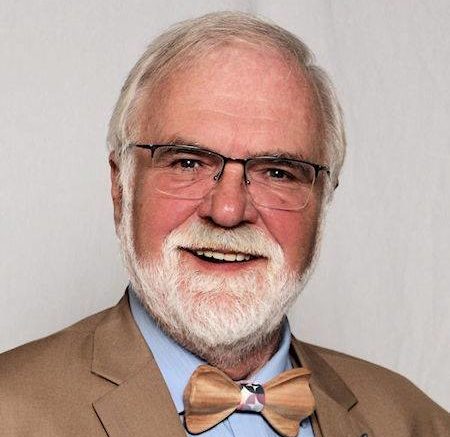 With the encouragement of some friends, on Dec 17, I filed an Appeal against the unjust ruling of the BC Supreme Court.

Over a year ago, I had laid a defamation suit against Glen Hansman, President of the BC Teachers Federation (union) due to all the nasty, insulting remarks he made on various media outlets. The plan was to have a jury trial in Chilliwack Supreme Court on Dec 2 of this year. Then in the spring of this year, using a brand-new BC Law for the first time, Mr. Hansman applied to quash my defamation suit under the new Bill 32: “Protection of Public Participation Act.” Popularly known as Anti SLAPP law.
https://www.leg.bc.ca/…/3rd-ses…/bills/first-reading/gov32-1

This new law only went into effect in March of this year (2019). It was intended to protect “little guys” from legal harassment by large corporations and organizations that had lots of money for legal battles. The only precedents were from Ontario, where this kind of law has been in effect for four years. But in this situation Mr. Hansman turned the Act on its’ head, and argued that while what he said was defamatory, he had a right and privilege to call me names, because it was in “the public interest.” All I had asked for was more discussion regarding SOGI 1•2•3, but instead of an enlightening public debate, all he would do was hurl insults. I do not see how that is in the public interest!

My decision to launch an appeal of Judge Ross’ decision delivered on Nov 25 was based on his 46 page reasons for his decision, where I believe he has made several errors at law.

My Lawyer believes that:
“There’s a big access to justice issue here, plus of course freedom of speech which doesn’t really exist if the consequences of public comment can include open season of malicious vilification by left wing activists.” –(Legal Council) Paul Jaffe

I have worked hard to build up a reputation as a compassionate and caring person concerned about access to education for all students and protecting parental rights. But I could not in good conscience go along with this new gender fluid ideology which defies common sense, biological science and even TRUTH! My choice was to speak up or resign. I could not live with myself if I resigned. And if I back down now, the radicals have won, my reputation has been terribly damaged and my life’s work would be for naught!

“The ‘balance of interests’ test towards the end of the judgment is deeply disturbing as, aside from the false dichotomy raised by the judge (this is NOT a contest between the right to debate SOGI and Neufeld’s damages), this test empowers a judge to stop an action because, for example, he believes that Hansman’s right to defame Neufeld trumps Neufeld’s right to a trial.” –Paul Jaffe

In November 2019, the defamation case against Glen Hansman, former President of the BCTF, by Chilliwack School Trustee Barry Neufeld , was stopped in the courts. It was up to a judge to determine if this case was to proceed. This will not go to trial. Hansman was allowed to make ” a fair comment”.

That comment stemmed from Neufeld being upset with Hansman’s comments when trustee Neufeld criticized SOGI 123. SOGI 123 is the all inclusive school policy that is supposed to protect the rights of LGBTQ2 students.

This started with Neufeld’s comments to Facebook in October 2017 , stating he “could no longer sit on his hands” (at Chilliwack School Board meetings) and watch schools teach “the latest fad” that has turned into a “weapon of propaganda” for gender theories.

Hansman shot back saying Neufeld’s comments were “bigoted” and that he had “breached his duty as a school trustee,” and thus should resign or be removed.

Hansman, the ex- BCTF President claimed that recently-introduced anti-SLAPP legislation was in play here and that this case should never have gone to court. (The anti-SLAPP legislation was introduced by Attorney General David Eby. It is called the Protection of Public Participation Act, 2019. The law will allow B.C. courts greater power to dismiss lawsuits that are brought with the intention of shutting down free expression in matters of public interest).

The original story from FVN is here.