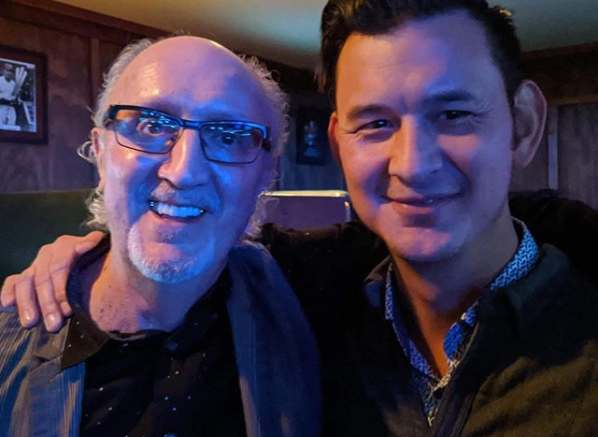 Lori Paul of Spiderlodge was Female Artist. Said Paul: A truly beautiful surprise bestowed at the Fraser Valley Music Awards tonight, I was blown away! Thanks to #CIVLRadio, Aaron Levy and Harry Doupe for making an old woman truly happy! Also I want to thank Pat Reimer and Ed Reimer for arriving early to reserve a table, then having Tim & Shannon, Claude & Trudy, Mary Lindsay and Clay Thornton there made my night pure magic! Kudos to Geoff Edwards for his video wizardry and big hug to Mayor Ken Popove for his shout out in the opening remarks…what an unforgettable night!

The first ever Lifetime Achievement honour was presented to guitarist, songwriter, and co-founder of the iconic Canadian band Trooper, Brian Smith.