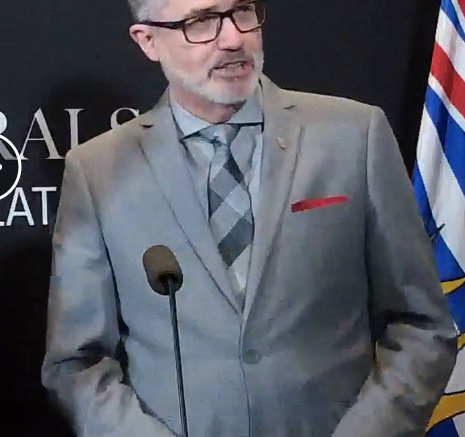 Victoria/Fraser Valley – Private members bills are notorious for falling on deaf ears. Chilliwack-Kent MLA Laurie Throness has already had some success in the latest session of the BC Legislature in Victoria.

In October, Throness received support for all sides of the house for a bill which would toughen up the Trespass Act, and in particular for farms, farmers and their personal safety.

Still with the safety vein, On Monday, Throness presented another safety bill. This would require news School Buses to have safety belts for students. This would kick in after 2021, time for school boards to get their legal ducks in order. The restraints would be three point seat belts.

Throness was joined in his presentation by Agassiz school bus driver Gary Lillico. He created an online petition for this measure. It has attracted 124,000 signatures over the past year.

It is still early in this session to see if this bill will move forward. BC Transportation Minister Claire Trevena told media that the province is involved in a federal task force on this subject and while playing cards to the chest, said she will wait for those results.