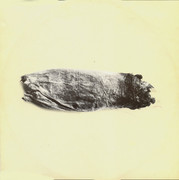 Courtesy - The Doobie Brothers - Inside sleeve for "Minute by Minute"

Vancouver – One year after Canada’s legalization of non-medical cannabis, BC’s government claims there is headway in implementing a framework for a legal cannabis industry, in keeping with the Province’s goals that prioritize public health and safety.

In the past year, the Province has processed close to 300 applications for new retail stores and referred them to local governments and Indigenous nations. Currently, 144 private cannabis retail store licences have been issued and an additional 33 applicants have received approval in principle. This is complemented by seven government-owned and operated BC Cannabis Stores, with three more coming before the end of the year.

Public safety is a cornerstone of this transition: protecting youth, roadways and shifting consumers to safer, regulated products and away from criminal sources.

To help reduce the availability of illegal cannabis, Community Safety Unit (CSU) officers have been following up with unlicensed retailers to raise awareness about cannabis laws and regulations, as well as the penalties and consequences for violating the regulatory regime. CSU officers are also sharing information with these retailers on how to obtain a non-medical cannabis retail licence.

Government recognizes that cannabis production has been a significant economic driver in many rural regions of the province and remains committed to supporting the development of a robust, legal small-scale cannabis industry. In addition to working on initiatives across government to help small businesses enter the legal market, the Province has also established a working group with the First Nations Leadership Council to ensure Indigenous interests are considered and interested communities are included in this emerging industry.

The second phase of legalization, in force as of October 17, 2019, allows retail sale and commercial production of three new classes of cannabis products:

* edible cannabis, such as baked goods and beverages;

* cannabis extracts, such as liquids, tinctures, wax, hash and cannabis oil; and

* cannabis topicals, such as creams, balms and similar products that are meant to be applied to a person’s hair, skin or nails.

However, people will not immediately be able to purchase non-medical cannabis edibles, topicals and extracts at licensed retailers and BC Cannabis Stores. Federally licensed producers must provide 60 days notice to Health Canada of their intent to make a new cannabis product available for sale. As a result, cannabis edibles, topicals and extracts won’t be available for retail sale to British Columbian consumers until late December 2019 at the earliest.

One Week Left For Your Say On New BC Cannabis Rules

Concern Over Cannabis Project Next To Langley Eco-Valley