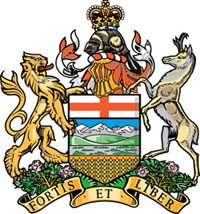 The action is brought on behalf of all federal, provincial and territorial governments and agencies that have paid health-care, pharmaceutical and treatment costs related to opioids from 1996 to the present.

BC Attorney General David_Eby said he is ‘heartened’ to see Alberta join BC’s lawsuit to recoup health-care costs related to the opioid crisis.

Back in August 2019, BC Law makers including the BC Attorney General David Eby started to monitor legal proceedings in Oklahoma.

In that state, a state judge ruled that an opioid maker (Johnson & Johnson) was partly responsible for sparking the devastating opioid crisis that has engulfed Oklahoma and North America overall.

Johnson & Johns is the maker of the opioid painkillers Duragesic and Nucynta. The judge ruled that they must pay $572 million in damages to the state of Oklahoma, which has reportedly lost more than 6,000 people to the opioid crisis since 2000.

In August 2018, the Province of B.C. launched a class action lawsuit against opioid drug companies, whose marketing practices have had devastating impacts on the lives of thousands of British Columbians.

The lawsuit, filed in the Supreme Court of British Columbia, aims to recover millions of dollars in opioid-related health-care costs incurred by the provincial government.

In 2018, there were almost 800 fatal opioid-related overdoses and 4,200 calls to emergency services in Alberta.

The Alberta government is developing legislation similar to B.C.’s Opioid Damages and Health Care Costs Recovery Act, which allows that province to recover health-care costs on an aggregate, rather than an individual, basis using population-based evidence.

Be the first to comment on "Alberta Will Support B.C.’s Proposed Class Action Against Opioid Manufacturers And Distributors"