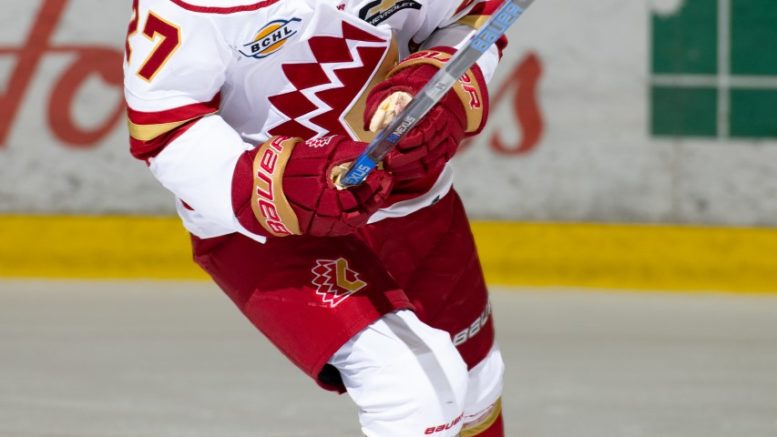 Chilliwack — The Chilliwack Chiefs announced that another member of last year’s team will be lacing up his skates in the NCAA this season. Jacques Bouquot has accepted a scholarship to attend the University of Vermont for the upcoming season. Last season after coming to the Chiefs from the Wenatchee Wild Bouquot registered 10 goals, 18 assists in just 31 games played. Bouquot, a former captain of the prestigious Salisbury Prep program in the USHS Prep league, will be missed by his teammates and coaching staff.

“Our staff is very proud of Jacques. He came to Chilliwack last season ready to put in the work and bought in right away. It’s always tough coming into a program late in the season, but he was a huge addition to the culture of our dressing room and was one of our top performers down the stretch,” said Chiefs Head Coach and GM Brian Maloney before adding, “His play along the walls and in the hard areas of the ice will be a great fit at Vermont.”

When asked about his commitment and his time in Chilliwack, Bouquot had this to say, “I’d like to thank the fans and my billets Cory and Caitlin who took me in during the middle of the season and treated me like family. My teammates treated me like one of the guys from day one and took me in like anyone else and they will all be great friends of mine down the road. Chilliwack is one of the best junior programs in North America and I couldn’t be more grateful for my time there.”