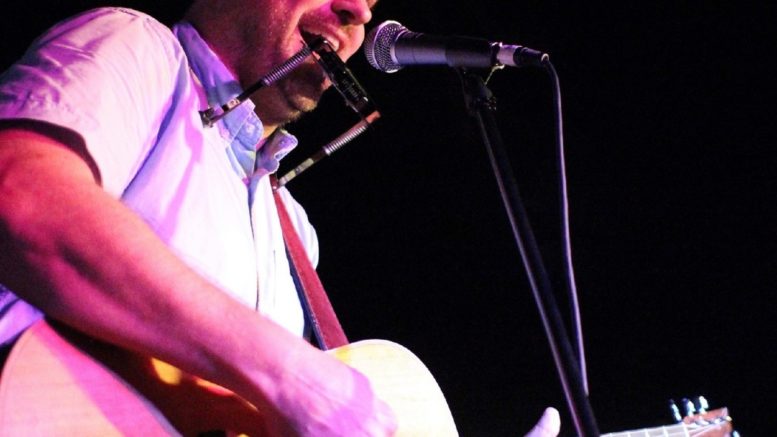 Langley Township – Local talent will be in the spotlight on Thursday, July 25 when the Township of Langley’s Summer Festival Series presents two homegrown acts.

The Russ Rosen Band and the Cole Patenaude Band will perform at the Willoughby Community Park Amphitheatre at 7:00pm, and the public is invited to come out and enjoy some free entertainment in a unique outdoor setting.

The concert is part of the Summer Festival Series, which runs every Thursday evening until the end of August at the tiered grass venue next to the Langley Events Centre, in the 7700 Block of 202A Street.

“A variety of performers from around the world are providing audiences with great entertainment during this year’s Summer Festival Series, and it is a pleasure to host an evening with Russ Rosen and Cole Patenaude, who both call Langley home,” said Series co-organizer Peter Tulumello, the Township’s Director of Arts and Cultural Services.

Rosen started piano lessons at the age of four, took up the drums when he was 10, and at 12-years-old, started a short-lived band with Michael J. Fox called Walrus. After writing a number of inspirational songs for an urban camp program, he toured across Canada for five years with the band Upstream, hauling a 350-seat theatre from town to town and recording four albums.

Rosen is currently the artistic director at the Bez Arts Hub in Langley, where he and his wife train and mentor emerging artists and host live music events, dance shows, and workshops that bring together arts and the community.

Offering a family- and crowd-friendly blues and roots sound, the Cole Patenaude Band is made up of Cole Patenaude on vocals and guitar, Dean Thiessen on piano, Derek  Maroney on bass, and Carson Tworow on drums, all of whom were born and raised in BC.

Hailing from the quiet mountain town of Horsefly, BC, Patenaude has always been surrounded by good vibes, bears, songs, and instruments. His life on stage started early, when he became the Patenaude Family Band’s bongo player at the age of three.

Three decades, two children, and a guitar obsession later, he formed the Cole Patenaude Band, which has produced its debut EP “Wonderful,” which could serve as the soundtrack to an epic road trip or the relaxing background to a dinner party, and is even better live.

For more information on the Summer Festival Series and a list of upcoming performances, visit tol.ca/summerfest.