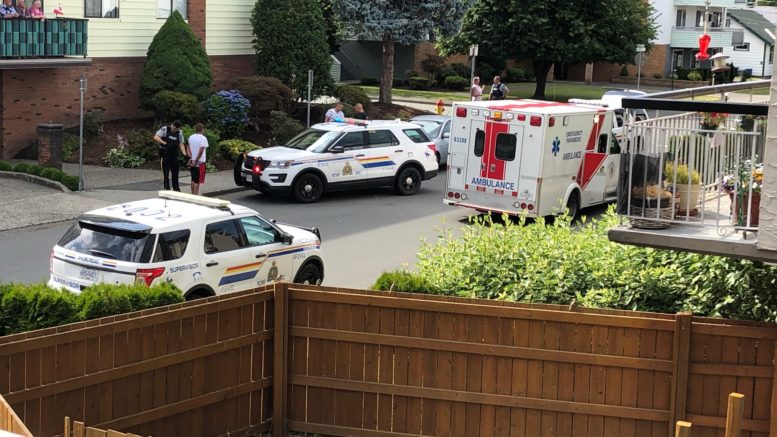 Chilliwack – Just after 4 PM Saturday afternoon, FVN staff heard a woman scream for help and the rush of 8 squad cars and an ambulance raced towards the 9300 block of Nowell Street. What at first appeared to be a domestic assault was attended by RCMP. This was in the building next to where FVN is and across the street from the Chilliwack Alano Club. (Nowell between Victoria and Bole).

One person was hand cuffed and taken into custody while another man ( a retired veteran) received stitches for a head wound.

Neighbors said a weapon was used but that has not been confirmed by police.