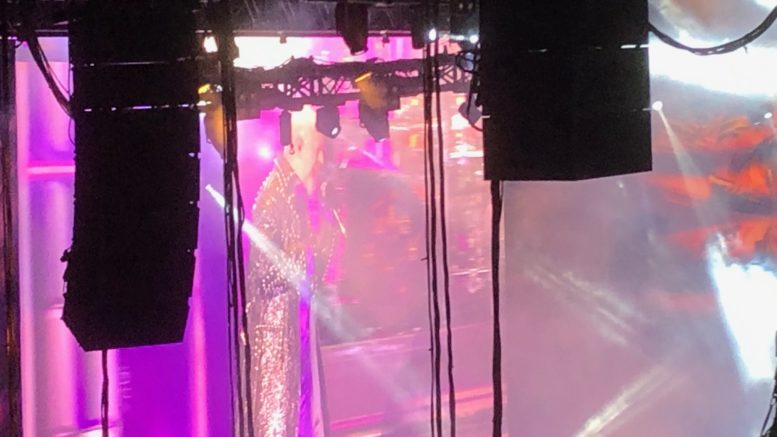 Abbotsford – If you ever saw the 1986 Judas Priest fan documentary, “Heavy Metal Parking Lot”, you could have sworn you were in a time capsule. The difference, it was 2019 and most of those teen and 20-somethings are now in their 50’s and 6o’s . But they were will in their concert t shirts and tight dresses.

Judas Priest and Uriah Heep showed the crowd of 5000 at the Abbotsford Centre, just how it was done. Both bands are celebrating 50 years EACH of doing their thing, with no stopping in sight. A little ringing in the ears after Monday’s night’s show. However, the musicianship from both bands were second to none. The old guys still know how to do it. Some of rockers are pushing 70 !

Uriah Heep opened the show and with their 45 minute set, tried to blaze through their half century of tracks. They didn’t disappoint, leaving “Steelin” and Easy Livin'” for the last.

Priest on the other hand, are still touring on their 2018 album “Firepower” and that irked more than a few fans. 8 tracks from the new album and light on the classics, had a few grumbling as they left at the end of the night.

Lead Singer Rob Halford can still blast out those impossible notes and command a stage presence with saying very little to the crowd. One stopped counting the leather and studs costume changes, but it was pure metal fun. …and yes, Halford rode the Harley onto the stage. A tried and true gimmick that never disappoints.

Grazed by Heaven , Too Scared to Run , Take Away My Soul‘ , Sunrise, Between Two Worlds , Gypsy, Look At Yourself, Stealin’, Easy Livin’