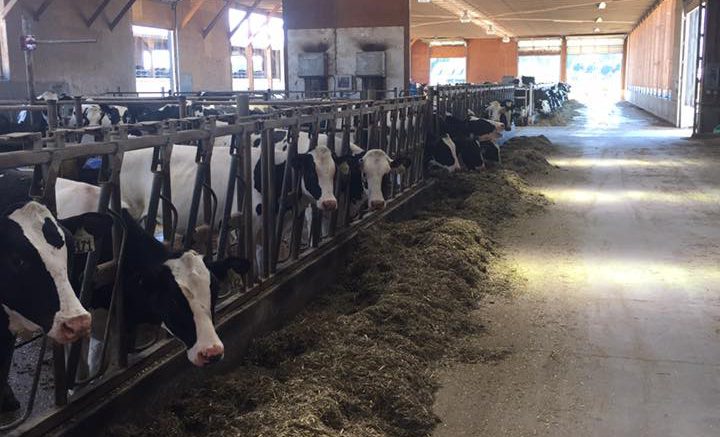 Fraser Valley/Washington (Files from edairynews/The Hill) – United States dairy farmers are warning that their country’s trade war with China is hurting the sector. This is something that Canadian dairy producers are monitoring.

Coincidentally, US Vice President Mike Pence will travel to Ottawa next week (May 30) to meet with Prime Minister Justin Trudeau and push for adoption of the Trump administration’s renegotiated version of the North American Free Trade Agreement (NAFTA), now known as the U.S.-Mexico-Canada-Agreement (USMCA) .

The US Dairy Export Council reported earlier this month that exports to China had fallen 43 per cent since the tariffs went into effect last July.

The overall March volume was half of what it was a year ago, before retaliatory tariffs hurt US competitiveness.

Chinese dairy imports have grown by 13 per cent in the first quarter compared with last year.

But the United States has been left out of the China expansion,» the export council said.

Professional Dairy Producers of Wisconsin executive director Shelly Mayer said the latest tariff exchange and lack of progress on reaching a new trade deal would affect on the entire industry.

Ms Mayer said trade disputes with countries such as China could leave the door open for Europeans and others to fill orders.

But the US has moved into other markets including into markets which have been Australian strongholds.

The US export council reported record volumes of cheese were exported in March to a growing customer base in South Korea, Japan, South-East Asia, the Middle East/North Africa (MENA) region and Central America.

The US dairy industry is also hopeful last week’s agreement between the US, Mexico and Canada will speed the passage of the United States-Mexico-Canada Agreement (USMCA).

The United States agreed to end Section 232 tariffs on steel and aluminum imports from its North American neighbours.

US dairy officials expect that in return Mexico will drop its retaliatory tariffs against US dairy products including duties as high as 25pc on US cheese exports to Mexico.

Be the first to comment on "Trade War Hits US Dairy Exports – What Is The Effect On China, Canada, Mexico?"