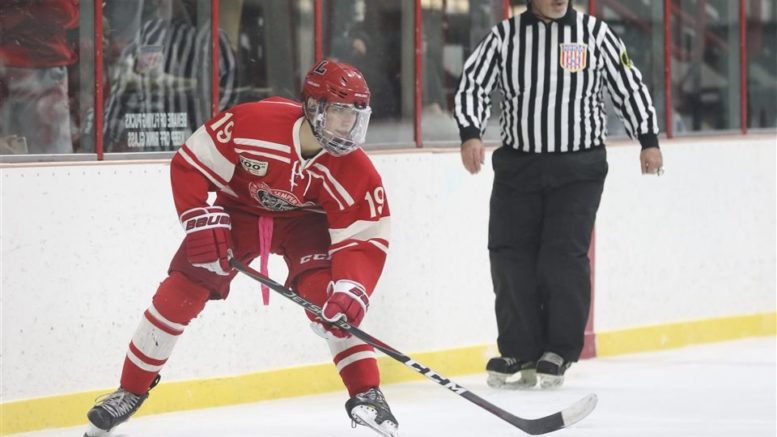 Chilliwack – As the Prince George Spruce Kings are in Brooks, Alberta trying to do what the Chiefs did last year and win a National Title, the Chilliwack Chiefs were busy announcing the signing of 2001 born, Brown University commit Nikita Nesterenko for the 2019-20 BCHL season. A native of Brooklyn, New York, Nesterenko is 6’1″ and 165 lbs. He has spent the past three seasons at the prestigious Lawrenceville Academy – last season leading their program in scoring with 30 goals, and 29 assists for 59 points in just 31 league games played. In split-season action with the NJ Titans 18U program, Nikita registered 31 points (17 G, 14 A) in just 13 games. Nesterenko possesses high-end speed and dynamic ability with the puck, and is currently ranked #121 among North-American skaters for the upcoming NHL draft which will be held in Vancouver.

“This is an exciting day for the Chilliwack Chiefs,” said Chiefs Associate coach and Assistant GM Brad Rihela. “Nikita Nesterenko is an elite offensive player with a great ability to process the game and make decisions with the puck at top speed. He has obviously been heavily recruited by a number of teams in various leagues, so we are feeling pretty fortunate today that he has chosen to continue his development here in Chilliwack prior to heading off to Brown.”

Nesterenko will report to Chilliwack prior to Chiefs Main training camp in mid-August.

Chiefs Shut Down Vees 4-0 On The Road