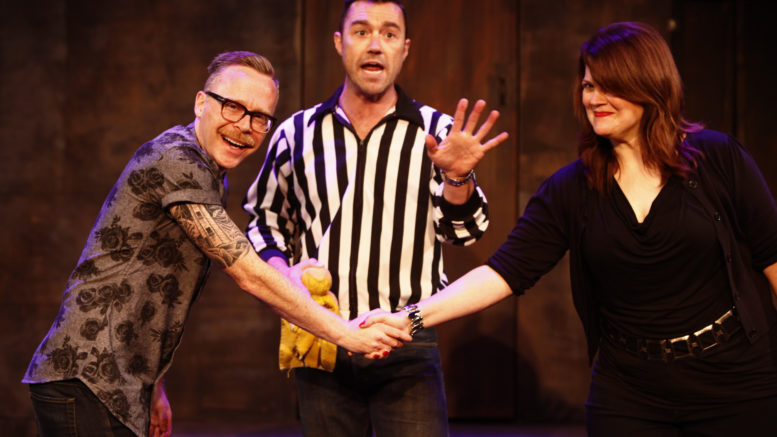 Harrison Hot Spring – The Harrison Festival Society is ending their 2018-2019 Season of the Performing Arts with a special, side-splitting evening of improv comedy, featuring Vancouver TheatreSports League. The show is on May 4th, at 8:00pm in the Harrison Memorial Hall.

Founded in 1980, Vancouver TheatreSports League is a well-respected international leader in the art form – recognized for producing some of the most daring and innovative improv comedy anywhere with a style that is a highly theatrical fusion of the dramatic elements of comedy and tragedy, coupled with the enthusiasm and edge-of-your-seat excitement of professional sport.

The show begins at 8:00pm with doors opening at 7:30pm. Tickets for Vancouver TheatreSports are $25 and can be purchased online at www.harrisonfestival.com, by phone at 604.796.3664 or in person at the Ranger Station Art Gallery in Harrison and Agassiz Shoppers Drug Mart on Pioneer Avenue.

Be the first to comment on "Vancouver TheatreSports League Brings Hilarity to Harrison, May 4 (VIDEO)"