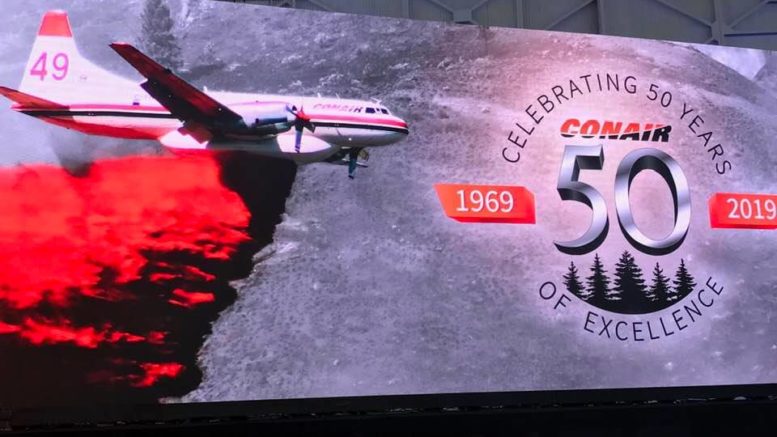 Abbotsford – On Saturday, a number of politicians and dignitaries, braved the weather at YXX Abbotsford Airport, to celebrate 50 years of Conair and their continuing fight against forest fires and to keep us safe.

Conair is a Canadian company established in 1969 that employs over 330 skilled people. Conair safely flies 8,000 to 12,000 aerial firefighting flight hours with over 68 aircraft each year and has operations in Canada, USA, France, and Australia.

Originally called Conair Aviation Ltd., the company was formed in 1969 as a subsidiary of Skyway Air Services of Langley.

Current CEO, Barry Marsden, was one of the founding members of the company that began with 35 employees and 19 aircraft.

Today, with more than 300 employees and 68 aircraft, Conair is a world leader in fixed wing aerial fire management services and products.