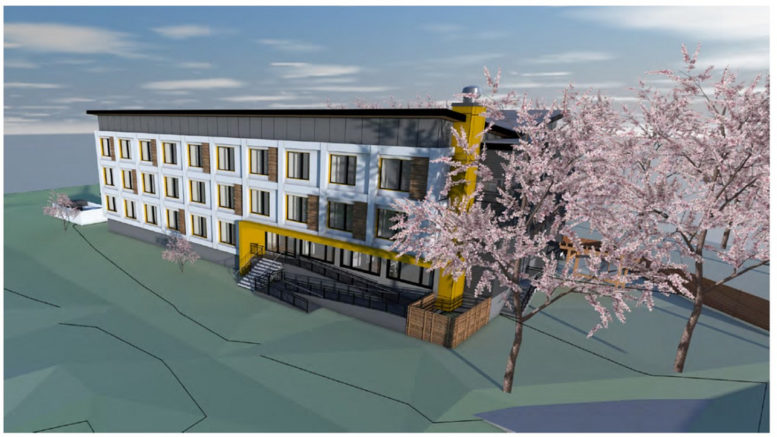 Maple Ridge – On Monday, the Alliance Against Displacement posted a Facebook message, with their concerns over displacing those living at Anita’s Place homeless camp:

“There was no obstruction whatsoever but the cops had warned Ivan not to go on the [tent city] property and as soon as he put one foot on it they moved in with force to arrest. Disgusting use of pure force,” said Dave Diewert, member of Alliance Against Displacement.

This marks the eighth arrest at Anita Place since February 24th, when the City of Maple Ridge began its attack on the tent city under the pretense of enforcing fire safety. It’s clear their underlying motivation all along has been to crush the camp as a site of collective survival, resistance, and politics by altogether barring organizers, supporters, and visitors; containing and controlling homeless people through an unreasonable, unaccountable “verification” process; and beginning today, razing residents’ tents, structures, and belongings to the ground.

On Wednesday, the Province announced that some relief was coming , in an attempt to diffuse tensions between the homeless and the neighbours, let alone the City of Maple Ridge. This on the same sight rejected by Maple Ridge in 2018.

Given the urgent need for more supportive housing in Maple Ridge, the Province will move forward with 51 new temporary supportive homes at 11749 Burnett St. for people living at the Anita Place camp and experiencing homelessness in the community.

Coast Mental Health will be the building operator, providing 24-hour supports for residents who will have self-contained suites with washrooms and kitchenettes. Fraser Health will also provide clinical support services for the residents on an as-needed basis. Other supports include counselling, life skills and employment programming, as well as daily meals.

The 51 units and a medical room will provide sufficient space for the 47 people experiencing homelessness who, until recently, were residing at the camp. This number has been confirmed by BC Housing and community partners, and BC Housing staff will work with city staff to ensure the names on the city’s list are all included in the full list.

BC Housing has estimated that it will take approximately five months to complete the new building once construction begins in April.

Minister of Municipal Affairs and Housing Selena Robinson has written to the Maple Ridge mayor and council to ask city staff to sit down with BC Housing staff to determine how best to support these people in the community until the housing can be completed. BC Housing will continue to keep the shelter at 22239 Lougheed Highway open until the end of the lease on March 31, 2019, to allow time for these conversations.

“We need to put in place a plan to support these people until the homes can be completed,” said Robinson. “Without a plan, we risk leaving desperate people no choice but to create another tent city or to scatter throughout the community, neither of which is in the best interests of either the campers or the community of Maple Ridge as a whole.”

The housing at the provincially owned Burnett Street site will be manufactured by Horizon North and will be based on the modular designs used in Vancouver. This will allow it to be installed at the Burnett site temporarily and then moved to a different location.

In line with the proposal in the city’s social housing plan, Robinson has informed the mayor that BC Housing staff will begin work with the city on the design of the new affordable seniors’ housing to be built at the Burnett site, so that construction can proceed as soon as a permanent home for the supportive housing units has been found.