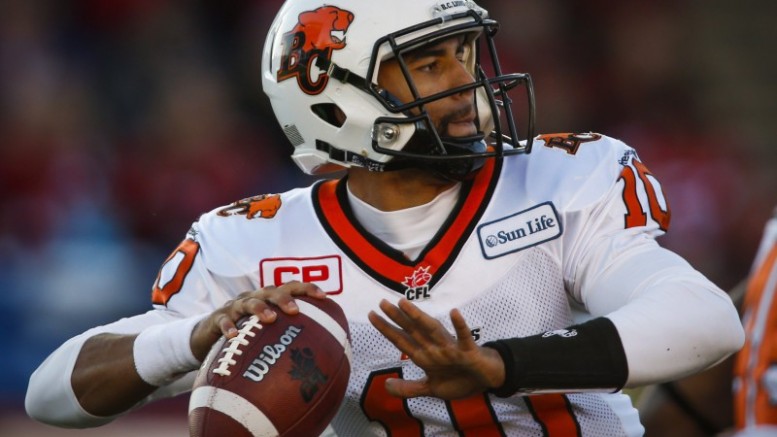 The Ottawa REDBLACKS have began the process of filling the void left by Trevor Harris by signing Jonathon Jennings to a one-year deal.

“We are very excited to add a player of Jonathon’s pedigree to our roster,” said REDBLACKS General Manager Marcel Desjardins. “His experience and ability will add depth and competition to the REDBLACKS QB position.”

Jennings played in 10 games with the BC Lions last season, completing 161 of his 239 pass attempts for 1,628 yards, eight touchdowns and seven interceptions.

There were rumours that Jennings would try his hand at the NFL. That is now out of the question. For now.