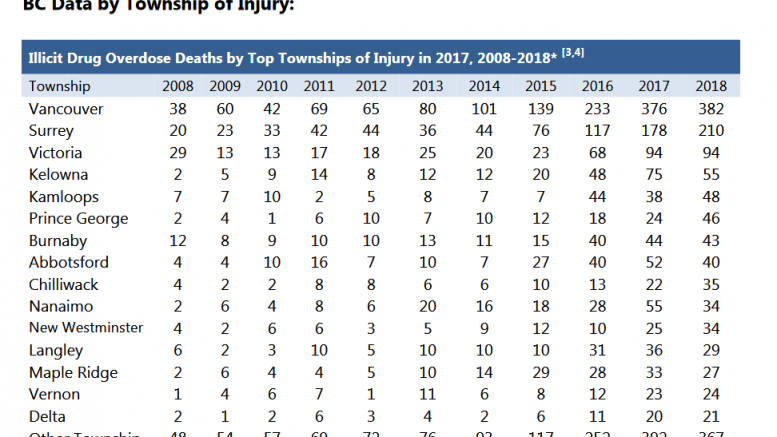 Fraser Valley/Victoria – The BC Coroners Service’s 2018 Data Release for illicit Drug Overdose Deaths in British Columbia has stated that in 2018, 1,489 people died by overdose due to a poisoned, unregulated drug supply.

For champions of safe consumption sites – there were no deaths at supervised consumption or drug overdose prevention sites.