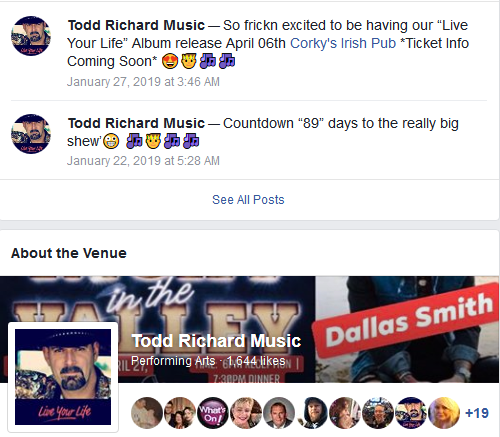 Harrison/Chilliwack – Todd Richard, the 2018 BCCMA Humanitarian of the Year, and a pretty darn country singer to boot, has announced the date for the album release party for the new music that will drop soon.

Todd Richard told FVN that ” the much anticipated Live Your Life Album release party is April 6.
Super excited to be having our album release party back where it all started 7 years ago at Corkys Pub in Chilliwack! ”

Not only was Todd honoured by the BC Country Music Association, he released the video and song “King Of Crown” which was instantly picked up nation wide by Canadian Country Radio including Country 107 in Abbotsford. The video at last count, had more than 27,000 views on YouTube.