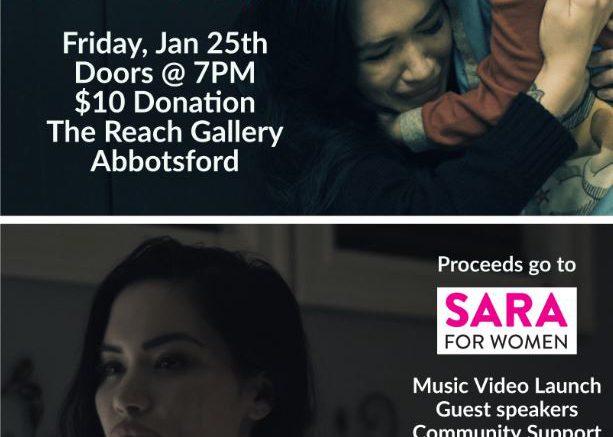 This production was funded by a Kickstarter campaign and CreativeBC grant. Now ready to be showcased, the couple has organized a charity event in Abbotsford for the local women’s shelter, Sara For Women.

Saint says, “I only recently found the courage to write this song, alongside my wife, Rózsa. Together, we wrote Dark Shades, in an effort to spread a message of hope, self-love, and awareness around the harsh realities of domestic abuse”.

Be the first to comment on "Music Video Release, “The Dark Shades” -About Domestic Violence – January 25"