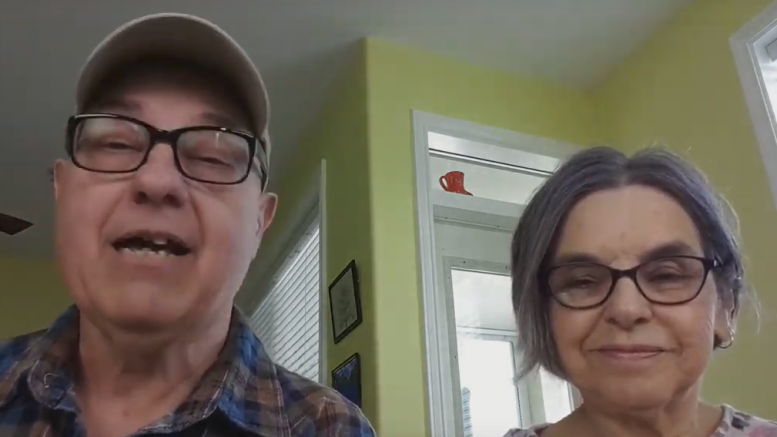 Fraser Valley – The DAMN Show. Comedy that comes from the Fraser Valley, sent to the world wide web via YouTube with the sole purpose of taking over the world.

And making fun of the Valley. Just a bit. OK a lot !

The DAMN Show is the brain child of Valley entertainer and improv Queen (Marie)Nancy Guitar. Her sidekick is FVN’s Don Lehn. (Lehn does have an acting background as well as 40 years of media/journalism.)

Guitar is best know for local community channel shows including “Getting To Know You” and on stage with SimPhoney Improv .

Lehn is known from his Vancouver/Valley radio days as well as FVN. His acting accomplishments include the very first Swiffer Broom TV commercials (1999) and was in the running for a 2002 International Clio Award for his work on a Vancouver Aquarium TV spot (where he was slapped by a seal).

Both Guitar and Lehn have independent film experience in their closets. Just don’t peak.

So have you figured out what DAMN means? ….. Don and Marie Nancy .. there ya go.

The two recently filmed the pilot of the pilot and released it on YouTube.The YouTube channel Small Talk with NANCY GUITAR/ The Damn Show.

So like any somewhat good comedy, they need material to steal from and if you have any ideas, feel free to log onto the YouTube Channel or email [email protected] with ideas.

Police Concerned With Social Media – Stop And Think Before You Post