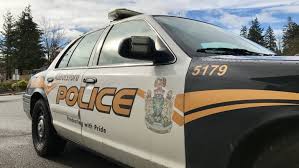 Abbotsford – JANUARY 3, 2019 UPDATE – Good news on the Abbotsford family who suffered from Carbon Monoxide Poisoning that led to a traffic accident investigation in December.

APD released a statement on the family – the prognosis for all victims is positive.  Today, the mother and her 5 year old child were released from hospital.  The 3 year old remains in hospital in stable condition, and is expected to be released early next week.

Vehicular CO poisoning is most frequently caused by a vehicle being left running in an enclosed area.  In these circumstances, CO can build rapidly to toxic levels.  Never leave a motorized vehicle running in a garage or other confined space. Less common, but equally dangerous, is CO poisoning caused by exhaust fumes leaking into the passenger compartment of a vehicle.  If you suspect your vehicle has an exhaust leak, please take it to a certified mechanic for inspection and repair.”

ORIGINAL STORY – DECEMBER 27, 2018 – Shortly after 8PM on Wednesday night (Boxing Day) Abbotsford Emergency Services were on scene in the 33700 block of Clayburn Road.

Upon arrival, a woman in her mid 20’s and 2 children were found and all three were unresponsive and appeared to be suffering from carbon monoxide poisoning.

The three were transported to hospital and are listed in critical condition.

AbbyPD officers continue to investigate the cause of this collision.

There is a possibility that the carbon monoxide poisoning was the result of a problem with the vehicles’ exhaust system.

Fentanyl Does Not Make For A Merry Xmas