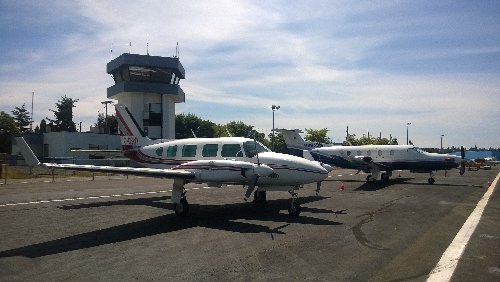 Victoria/Langley/Chilliwack – Small, regional airports, heliports and water aerodromes around the province have the opportunity to improve their infrastructure for travellers, thanks to funding from the B.C. Air Access Program (BCAAP).

Langley (YNJ) and Chilliwack (YCW) are among those airports that will be in search of dollars for expansion projects in the coming year.

A call for applications is now open and will be received up until February 18, 2019. BCAAP is a cost-share program that provides funding to assist communities with improvements to their aviation infrastructure, including funds to support safety improvements, economic opportunities and green initiatives.

With Langley Regional Airport, GM Carole Madill told FVN that her staff will sit down with the Township of Langley to review what the needs are and what upgrades can fit the current budget and make their application known before the February deadline. That meeting is expected to be in January 2019.

In the case of Chilliwack Airport, GM Gary Atkins notes the same process will happen with his airport staff, the City of Chilliwack and the company that manages the airstrip – Magnum Management. Similar to Langley, that meeting is expected to be in January 2019.

The program introduced new funding incentives in 2017 for airports working on environmental improvements that will benefit the communities, staff and travellers who use them. Incentives around green initiatives help aviation facilities align with the Province’s recently announced CleanBC plan – a plan aimed at reducing climate pollution, while creating more jobs and economic opportunities for people, businesses and communities.

Be the first to comment on "Langley, Chilliwack Airports To Apply For 2019 BC Air Access Program Funding"