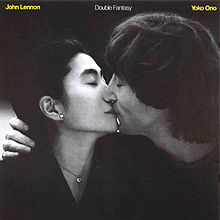 New York City/London (with files from Karen Herbert) –  One of the most chilling photos, from 38 years ago today.

Below, John Lennon giving his autograph, which turned out to be the last he’d give. Hours later, the man on the right, Mark Chapman shot John outside his New York home. Still seems shocking and unbelievable all these years later.

Double Fantasy had just been released and Lennon came out of a 5 year self imposed retirement.

Monday Night Football was then on ABC, and Howard Cosell broke the news live on air.

Allegedly, a tour was in the works.