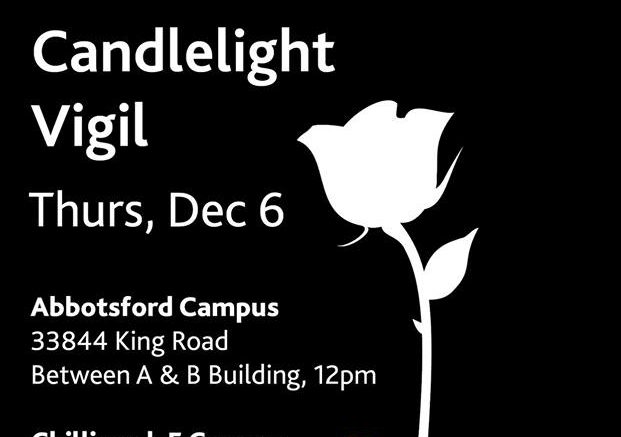 Fraser Valley – On December 6, 1989, a disturbed young man, Marc Lépine, burst into a class at Montréal’s École Polytechnique armed with an automatic weapon. He separated the male and female students and fired point blank on the latter screaming, “You are all feminists.” Fourteen young women were murdered and 13 other people wounded. Lépine then turned his gun on himself and committed suicide. Later, a list of eminent women was found whom he had identified as “feminists to slaughter.”

Lest we forget. Join the annual rallies held every year and organized by the University of the Fraser Valley and the Ann Davis Transition Society on Thursday December 6th.

In Abbotsford , Noon, at the UFV campus between Buildings A & B off King Road.

In Chilliwack at 5PM at 5 Corners. That memorial in conjunction with the Ann Davis Transitional Society.. 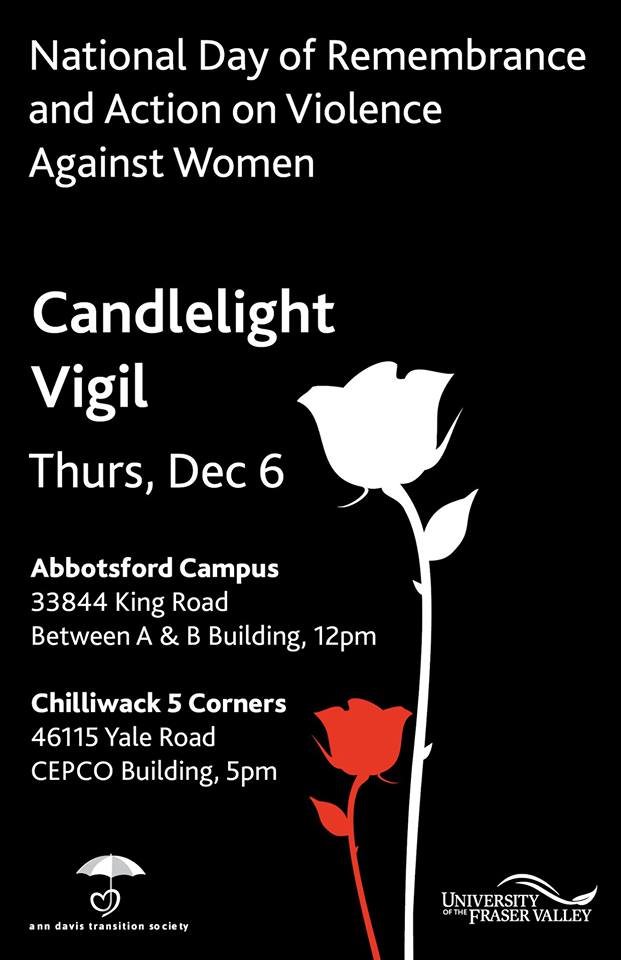