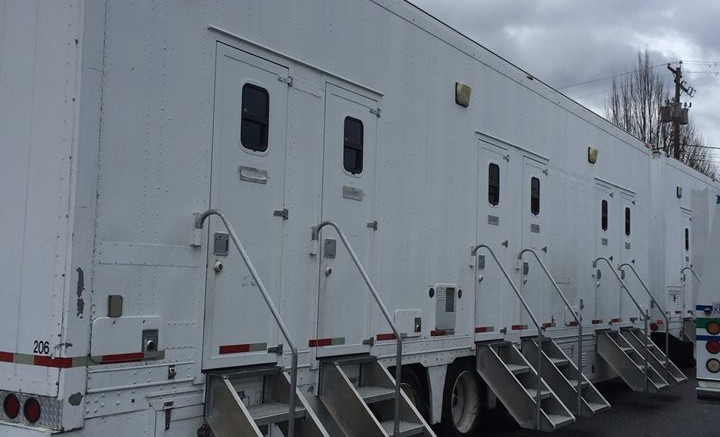 Fraser Valley – One thing that the film industry attracts, are the detractors and critics. While film permits and the exposure brings in hundreds of thousands of dollars (not to mention craft services and other supports in technical and hardware) there will always be those that don’t want the “circus” or film trucks and caravan, in their neighbourhood.

Major film markets like Vancouver, which have the infrastructure to support the industry, also have film liaisons. Parking, traffic and VERY early morning and late night shoots are the most common complaint. They can be disruptive to local businesses and neighbourhoods.  PA’s or Production Assistants usually assist in the duties. It’s basically a face to face PR job.

Wendy Dupley, is with the Executive Director of Abbotsford’s Economic Development Department. She has stated that a film liaison person has been picked by city staff and “will be a point person on the ground”.

Alex Mitchell, Public Affairs and Innovation Officer with the City of Abbotsford told FVN:  The City of Abbotsford is holding some preliminary conversations with local film producers to explore a Film Liaison contract role specifically for the Abbotsford Downtown area. Production companies would fund this role and have the option of contracting a local liaison to support the film activities and liaise between the ADBA, the City, production company, and the community impacted by the film project.

This concept will be reviewed at a future Business Innovation Growth and Attraction (BIGA) meeting for consideration.

This position will be funded by film producers and work in concert with the city, the film industry and Creative BC, what used to be called the BC Film Commission.

In essence, a film cop for the city making sure film and television productions have all the necessary permits to be at location in the first place and following all the City rules (again, parking, traffic control, etc.)

Info on filming in Abbotsford can be found here.

Back in 2016, Maple Ridge went through a suspension of filming after many complaints. That City now has a film liaison, and filming resumed. Maple Ridge was a favorite when The X-Files were shot here in BC back in the 90’s as well as the recent re-boot.

Chilliwack does not have anyone with boots on the ground as of yet. Creative Chilliwack’s Nettie Tam is the contact person with that office. Major controversy arose when Monster Trucks was shot in the old downtown core, disrupting traffic and parking. The shoot was in 2016 and released in 2017. A & W have shot a few commercials in the area as well. Chilliwack is also a favorite with the Hallmark and Lifetime channels as well. Now that the Empress Hotel parking lot is behind fencing and ready for downtown construction, the “circus” trucks now park at Cottonwood Mall and other large areas that can fit the caravan.

Info on filming in Chilliwack can be found here.

In Mission, Claire Seeley with that City is their point person. She told FVN that as of now, there is no liaison, although she admits that she has dealt with her fair share on concerns via phone and email. Seeley went on to say that when you get further away from the Vancouver,  Burnaby  and North Shore studios, having such a person is tough to get let along finance. Over the past year, a few Christmas specials were shot around the downtown post office.

Info on filming in Mission can be found here.

Soroptimist Chilliwack 2018 Woman Of The Year – May 23