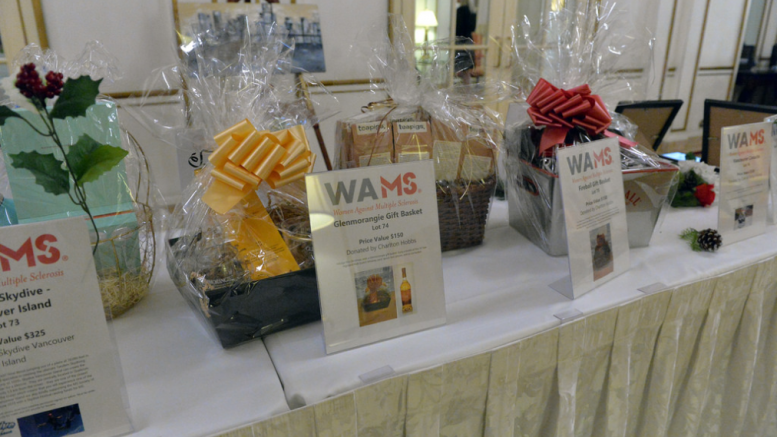 Vancouver –  A record-breaking $195,000, that will go toward much-needed research in search of a cure for multiple sclerosis (MS) as well as support, was raised by more than 330 guests attended the fourth annual Women Against MS luncheon at the Vancouver Fairmont Hotel on November 22.

The popular networking event, which includes a silent auction and raffle, typically attracts high-profile professionals who have an opportunity to hear inspirational stories from influential leaders like former Providence Health Care President and CEO  Dianne Doyle, as well as the 2018 WAMS Honourees Darcie and Kevin James.  .

Canada has one of the highest rates of MS in the world with women being universally and disproportionately three times more likely than men to be affected by this unpredictable, often disabling disease.

To view images from WAMS, visit the MS Society of Canada BC & Yukon Division’s Event Photos.

More about WAMS
Women Against Multiple Sclerosis is a powerful network of women building MS awareness, and raising critical research funds for better treatments and a cure for MS.  The BC chapter was formed in 2015 by a determined group of female researchers, business leaders and professionals with a keen desire to use their knowledge and influence to inspire others to support the fight to end MS.

Since then and with this year’s totals calculated, WAMS has raised over $500,000 towards a new generation of ground-breaking Canadian researchers working together to find a cure for MS. In addition to raising funds for MS research and support, the WAMS Luncheon is a networking event that provides table purchasers and sponsors high profile exposure.