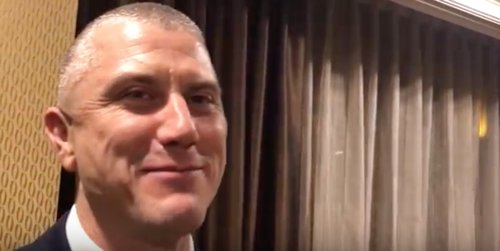 Saskatoon – The Canadian Junior Football League (CJFL) announced their Outstanding Player Award winners for the 2018 season in Saskatoon.  The awards were handed out Friday night at the Banquet of Champions.

The award winners are:

Gordon Currie Coach of the YearBob Reist – Valley Huskers – led the Huskers to a 6-4 record and their first playoff berth since 2008.  Three of his players were named CJFL All-Canadians

Peter Dalla Riva Outstanding Offensive Player
Quarterback Jake Marquette – Hamilton Hurricanes – 97 completions for 1,760 yards and a CJFL high 28 touchdowns.  He completed 67% of his passes and had a passer efficiency rating of 169.9%

The 111th Canadian Bowl will kick-off Saturday November 17, at 1:00pm at SMF Field in Saskatoon.