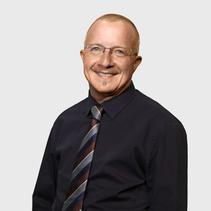 Victoria – Transgender people in BC will soon have access to publicly funded gender-affirming lower surgeries within the province.

BC will become the First province in Western Canada to offer these procedures next year.

In the past, for those seeking lower surgery, people were required to travel to Montreal or out of the country. Philadelphia is noted for clinics that specialize in re-assignment surgery.

This was the case for a friend of FVN, Broadcaster and BC Transgender Advocate James Gardner of CFAX Radio in Victoria.

“This is welcome news because of our struggle over the years to locate surgeries closer to our homes and support systems. Up until now there was no aftercare available here to deal with any surgical complications resulting from these complex surgeries.”

FVN has also reached out to BC Transgender Advocate and BC NDP President Morgane Oger.

Reconstructive gender-affirming surgeries will be available within Vancouver Coastal Health starting in 2019. In addition, trans people throughout the province now have improved access to publicly funded gender-affirming chest and breast surgeries. A total of 14 surgeons will provide these surgeries in Burnaby, Kamloops, Kelowna, Port Moody, Prince George, Vancouver and Victoria.

Be the first to comment on "Reaction: Gender-Affirming Surgery For Trans People – Available In BC"