Saskatoon/Langley – For the third time in seven seasons the Saskatoon Hilltops and Langley Rams square off in the Canadian Bowl when these two teams kick off on Saturday November 17th.

In 2012 the Hilltops came back to beat the Rams in Langley 23-21 in front of a capacity crowd. It was the first time the Rams hosted the Canadian Bowl.

In 2014 the Hilltops blasted the Rams 39-14 also in Langley. This victory started the current Hilltops streak of winning four straight.

Kick-off on Saturday November 17th is set for 1:00pm at SMF Field in Saskatoon. The last BC team to win in Saskatoon was the 2008 VI Raiders.

The game will be live streamed, click here to watch. 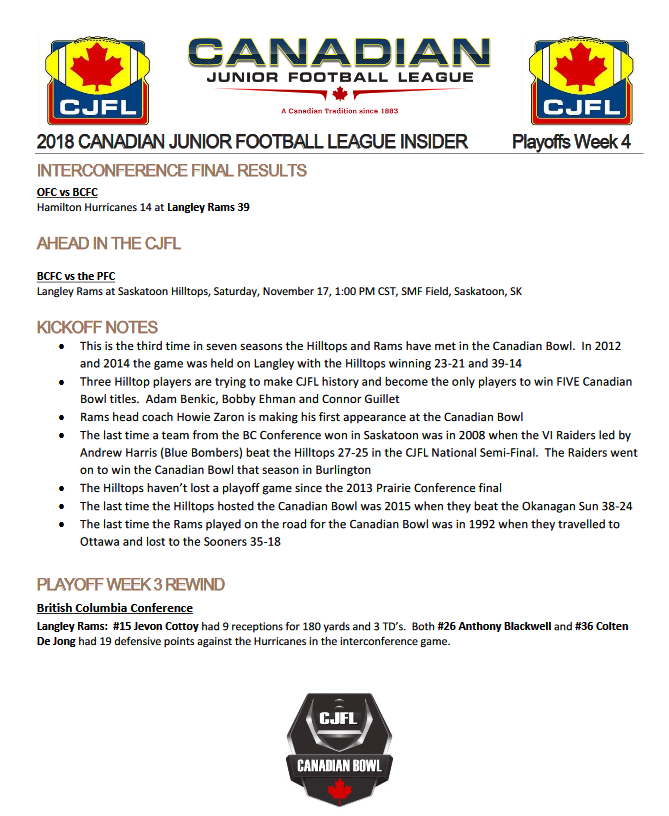