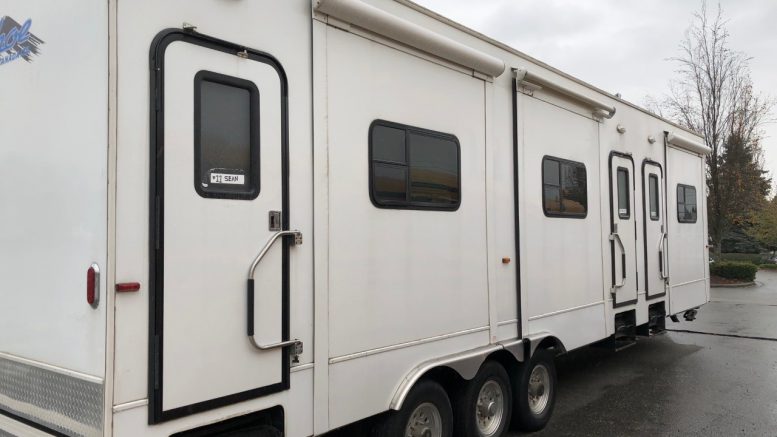 Chilliwack – The Chronicle Mysteries 3:Deadly Vines has been shooting in and around Chilliwack this week. It’s the last of the interior shots so you won’t see cast and crew out on the street.

It is also the last time that the old Empress Hotel parking lot will be used as parking for the film “circus” Those are the support trucks for film and TV that include dressing rooms, make up and craft (food) services.

Netty Tam with Creative Chilliwack and CEPCO told FVN that the parking lot will be part of the fenced off portion of downtown, starting next week, in preparation for the mass facelift.

Algra Brothers have the contract for the massive revitalization project that will transform a major block of the old downtown. The original FVN story can be found here. 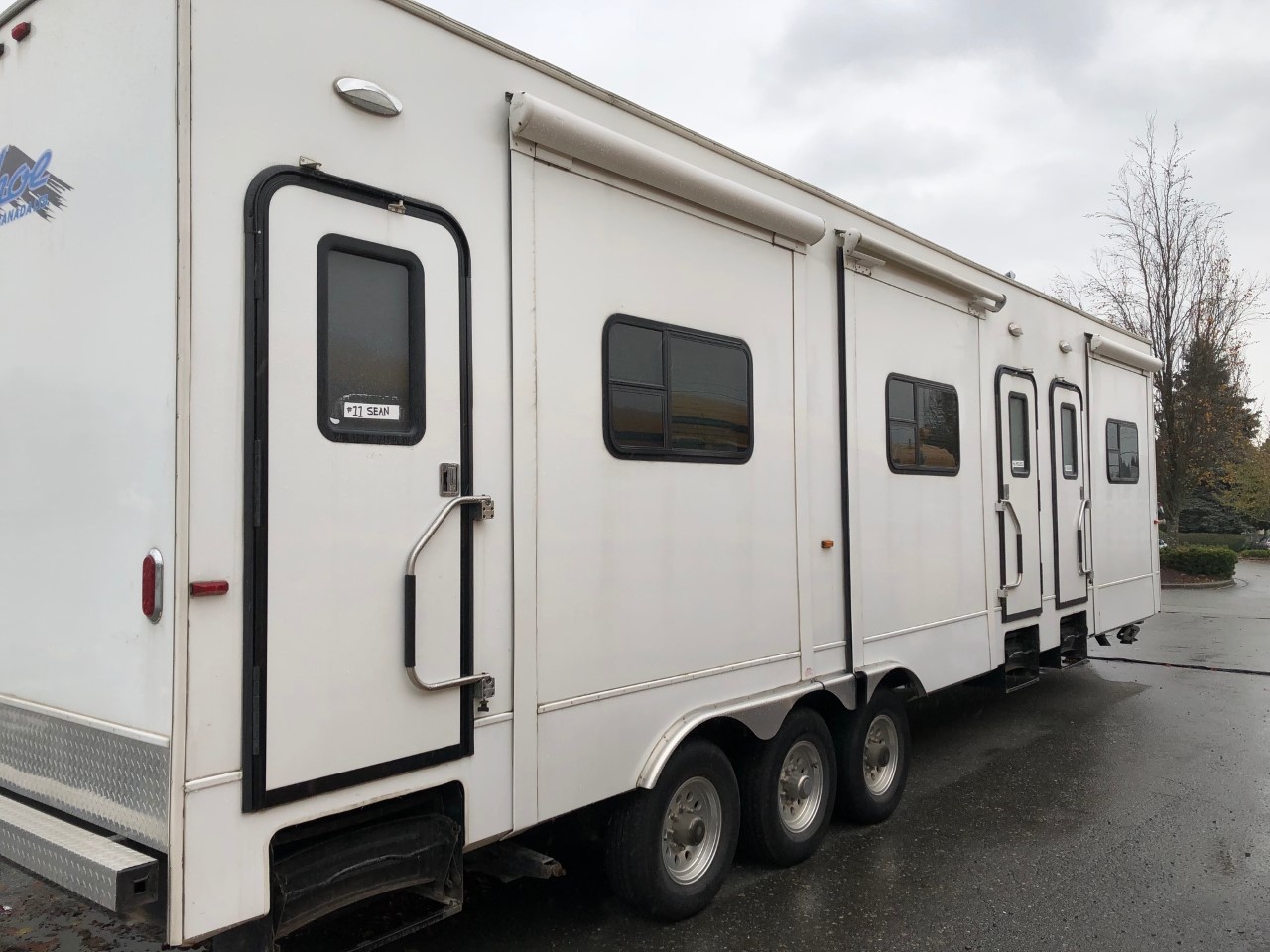