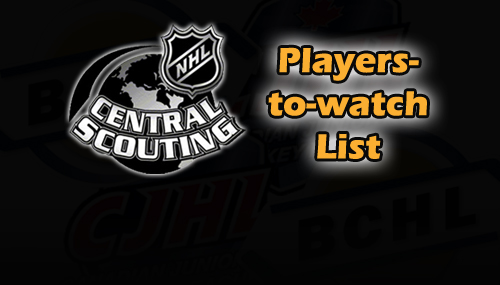 Continuing to top the CJHL contingent is Victoria Grizzlies (BCHL) forward and 2017-18 CJHL Rookie of the Year Alex Newhook, who is ranked on the A Skaters list, which indicates him as a potential first round selection for the 2019 NHL Draft this June in Vancouver.

Two other CJHLers are still tabbed in the B Skaters category that has them as possible second or third round selections.

They remain centre Massimo Rizzo of the Penticton Vees and defenceman Layton Ahac, who is a member of the Prince George Spruce Kings.

As for the remaining 16 players, they were all listed in the C Skaters group as possible fourth, fifth or six round draft picks.

3 Chiefs Up For BCHL Awards