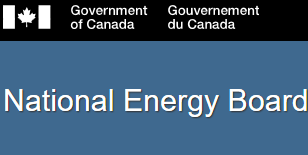 Ottawa/Calgary/Nanaimo/Victoria (with files from NEB/CP) – On October 12, the National Energy Board announced that it planned to hold oral traditional evidence sessions in late-November/early-December at a location or locations on Vancouver Island, as part of the Trans Mountain review as prescribed by the Federal Government.

It also asked Indigenous intervenors that wish to provide oral traditional evidence to notify the Board of their intent to do so by October 23 (Notices of Intent).

In their Notices of Intent, Indigenous intervenors had the opportunity to provide any other information they thought the Board should consider regarding the process for gathering oral traditional evidence.

i) Timing: The rushed pace of the Reconsideration hearing has truncated the oral traditional evidence process in a manner that the Stó:lō Collective considers culturally insensitive and procedurally unfair.

iii) Cross-examination: It is not customary, nor appropriate, to question Elders’ expression of traditional knowledge.

The Federal government ordered the energy board to review the marine impacts and submit a report no later than February 22, 2019.

The Federal Court of Appeal struck down the federal government’s approval of the project in August, citing inadequate Indigenous consultation and the energy board’s failure to review the project’s impacts on the marine environment.