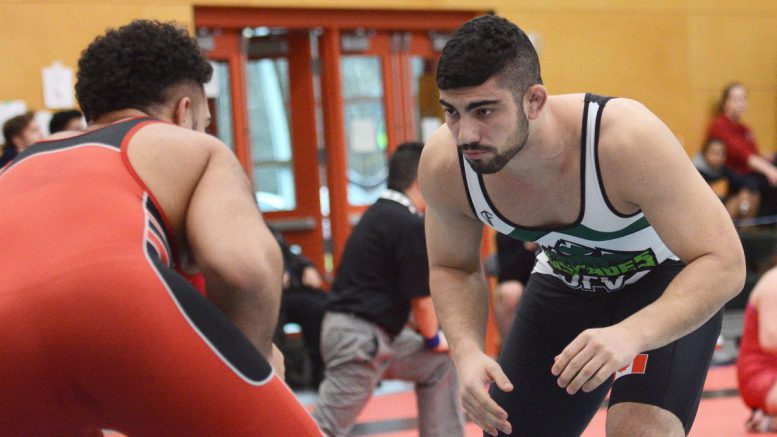 Burnaby – Facing some of their toughest competition of the season at the SFU Clan International on the weekend, the University of the Fraser Valley wrestling program brought home a pair of silver medals courtesy Brad Hildenbrandt and Ana Godinez Gonzalez.

🏔🤼 WRES RECAP | Facing some of their toughest competition of the season at the @SFUClan International, the Cascades brought home a pair of silver medals courtesy Brad Hildenbrandt and Ana Godinez Gonzalez!

The tournament brought together 34 clubs, including top teams from across Canada and several from the United States, making for tough draws in each weight class.

Godinez Gonzalez cruised through the 62 kg women’s draw, defeating SFU’s Jenna Garcia 11-0 and Destiny Lyng of Oklahoma City University 11-4. The final was a rematch of last year’s U SPORTS title match, pitting Godinez Gonzalez against Jessica Brouillette of the Brock Wrestling Club. Brouillette, a member of Canada’s senior national team, had defeated her Cascade opponent for U SPORTS gold back in the spring. On Saturday, Godinez Gonzalez led at the half, but Brouillette battled back to take a 9-6 decision.

“It was a really, really tough tournament this year, especially for the women – there were four or five American teams that were ranked really highly,” UFV head coach Raj Virdi said. “Ana wrestled really well throughout the tournament, and for her to make the finals as a second-year is outstanding.

“In the finals, she was up 6-1 at the half, I believe, but Jessica’s experience really took over where Ana began to fade. That was a big learning experience for Ana, because she got pushed to deep waters and she really felt the pressure at the end. But it was a great match for her to have against someone of that calibre.”

Two-time U SPORTS national champion Hildenbrandt, likewise, was dominant until the final – he defeated Justin Ramgotra of the Alberta Golden Bears by technical superiority in the semis (10-0). His finals opponent was Sean Molle of the Burnaby Mountain Wrestling Club, and he dropped a hard-fought 3-1 decision.

“Brad had a good tournament going into the finals,” Virdi said. “He’s probably wrestled Sean from SFU 10 times now, but hasn’t been able to break through yet. He’s getting really close, but it seems that Sean’s experience is really affecting him later on in the match. It’s always really close, but in the last minute or two, the match really changes. We’ll work on a couple of positioning things for next time.”