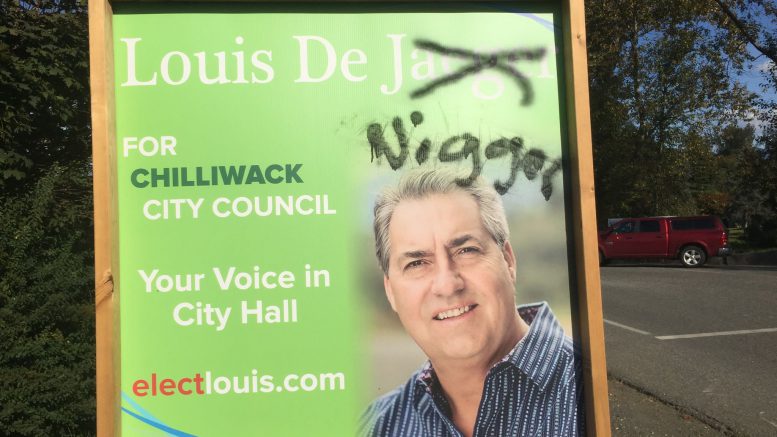 Chilliwack – Campaign signs in any election are fair game for idiots and fools and pranksters. Those that think it’s amusing to hit them with graffiti.

Chilliwack Mayoral candidate Sam Waddington’s downtown office was hit by someone with a sharpie. It was innocent enough. Horns and a bad mustache scrawled on the side of the building.

Kelowna RCMP are investigating the arson of a campaign sign over the weekend in that town.

This recent incident is one that should be of grave concern.

On Wednesday night, as Louis De Jaeger was gathering his campaign team for its official fund raising launch (he is running for City Councillor), it was noted that someone scrawled “nigger” on one of his signs.

De Jaeger said he faced a similar situation in 2014 when he ran as a Liberal in the Federal election. Then, someone tag many of his signs with swastikas.

De Jaeger said to FVN : “Never been called a deNigger before. It’s better than the swasticka’s from last campaign. Racism should not be tolerated at any level.”

DeJaeger is Metis and gay and is proud of his background. He is hoping that by showing the photos, a message of tolerance may be learned.

Back in the summer, a Chilliwack man, Nick Cooper, who had a hate filled record in his long past, went out of his way to clean up racist graffiti on a bridge underpass.  Cooper said at the time, that he had changed his ways and wanted to clean up the community. Cooper told FVN that he was “saddened and shocked to hear what happened to De Jaeger’s sign.” 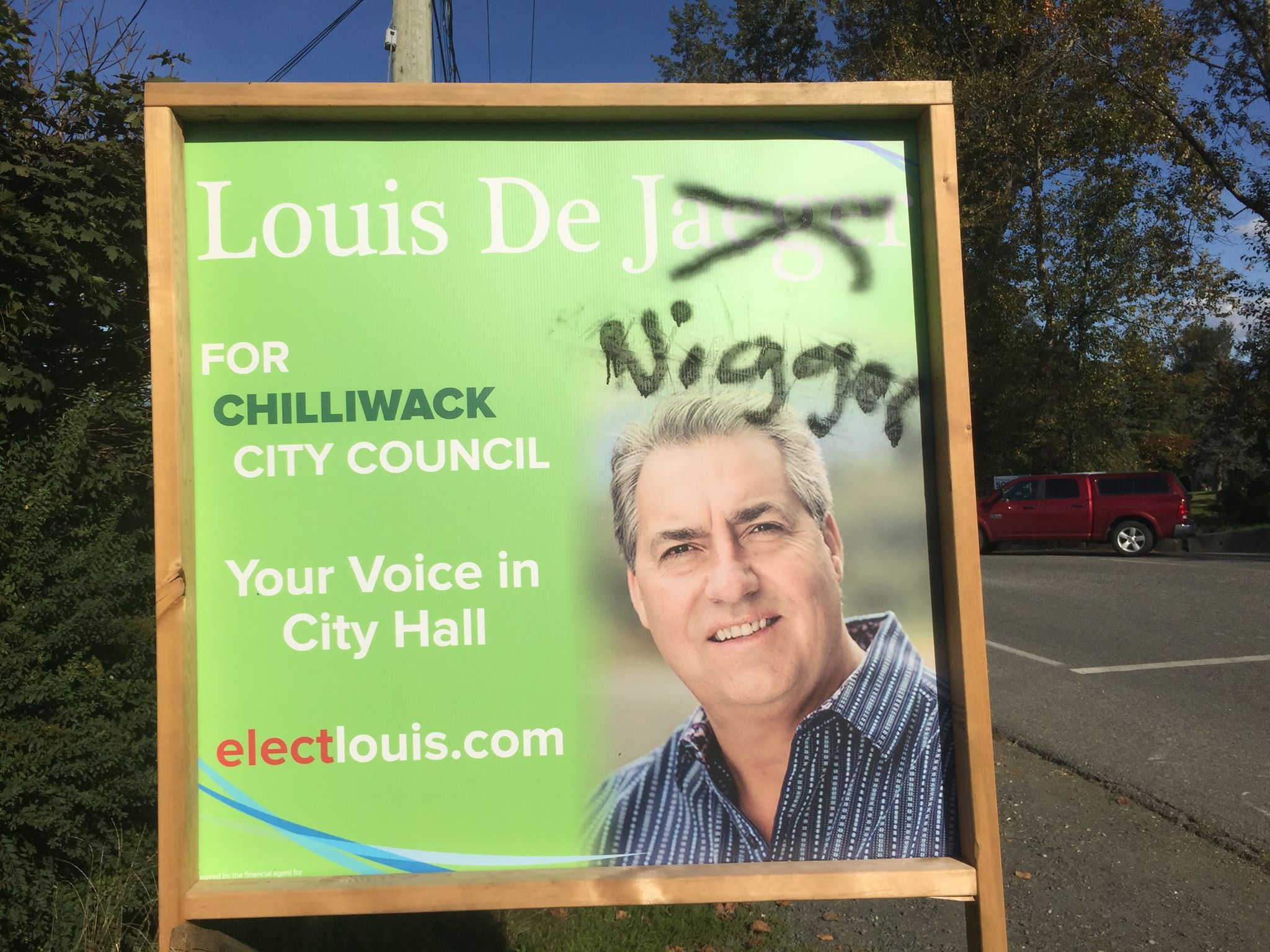