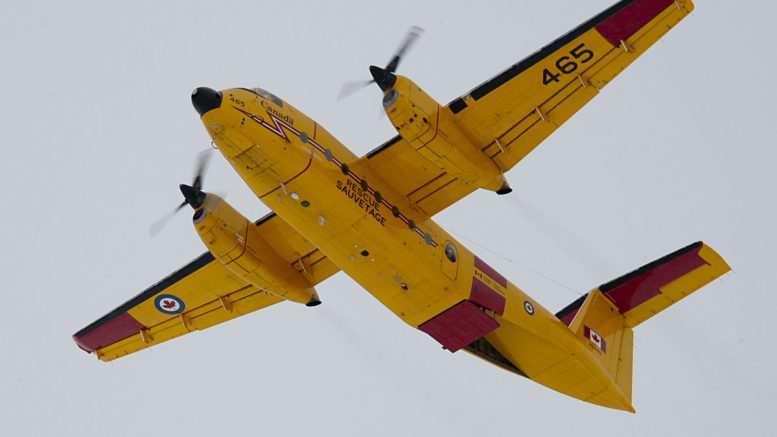 Edmonton/Chilliwack – SEPTEMBER 25 UPDATE –  The son of Geoff and Judy Pickard has identified the couple as those who were lost on this flight from Edmonton to Chilliwack.  James Pickard via a Tuesday statement through JRCC said “We would like to extend our thanks to the Joint Rescue Coordination Centre in Victoria and all those who were involved in the search and rescue efforts, We have been kept informed of the search efforts throughout and are thankful for the commitment of those men and women who searched tirelessly for our parents.”

According to Global, Geoff Pickard was an experienced and “careful” pilot. He was flying  a Van’s RV-6.

The couple and the plane have yet to be found. The plane went down in an area believed to be between Clearwater to Valemont along Highway 5

SEPTEMBER 20 UPDATE –  With a low ceiling and snow in the forecast, Maritime Forces Pacific have suspended the search for two people on board a small aircraft bound from Edmonton to Chilliwack. The plane went down last week in an area believed to be between Clearwater to Valemont along Highway 5. RCMP are now treating this as a missing persons case.

After an exhaustive search for a small, private plane missing since September 14, the Joint Rescue Coordination Centre Victoria (JRCC Victoria) has made the difficult decision to suspend their search today as of 15:00 PST and transfer the case to the RCMP.

Over the last seven days, Royal Canadian Air Force and CASARA aircraft have flown approximately 320 hours in challenging weather conditions, covering more than 14,000 square kilometres in the areas surrounding the last known location and filed flight plan of the missing plane. The JRCC Victoria acknowledges the support received from CASARA and the BC RCMP, as well as the information provided by NORAD and Telus, which greatly assisted in the search efforts.

Our thoughts are with the families and loved ones of the missing pilot and passenger during this extremely difficult time.

Statement regarding the search for an aircraft missing since September 14.

SEPTEMBER 16 UPDATE – From the Maritime Pacific Facebook Page – Today (Sunday) a second CH-149 Cormorant SAR helicopter from Comox has joined the search. That brings the total to 3 RCAF aircraft and 7 CASARA aircraft.

The search continues along the Highway 5 corridor between Chilliwack and Valemont but there is a focus on the Clearwater to Valemont portion based on radar and cell tower information.

The aircraft is a White Vans RV6, 2 seat private plane.

Weather, as usual for this region, is a factor. The search area is experiencing occasional low ceilings, low visibility and light rain.

SEPTEMBER 15 ORIGINAL STORY – The Joint Rescue Co-ordination Centre is part of a co-ordinated Search and Rescue effort along with RCAF, in the search for a small plane en route from Edmonton to Chilliwack. The pane and the passengers were scheduled to land in Chilliwack on Friday but never arrived.

Two people are on board.

7 aircraft from Civil Air Search and Rescue and 2 from the Royal Canadian Air Force are searching Highway 5 from Chilliwack to Valemont.

Active #SAR @VicJRCC_CCCOS is conducting a search for a missing plane with 2 persons on board reported overdue on a flight from Edmonton to Chilliwack. 7 aircraft from @CASARA_National and 2 from @RCAF_ARC are searching Hwy 5 from Chilliwack to Valemont.https://t.co/1NTQkFmhwD pic.twitter.com/xMyqaZVFgd