With an estimated return of 10 million sockeye, it won’t meet the food, social and ceremonial needs of 25 local First nations that rely on the run from the River.

Blame is spread from commercial fishing on the Fraser to the lack of conservation efforts from the DFO – Department of Fisheries and Oceans.

With runs in a 4 years cycle, 20-18 was expected to be a great harvest. Instead, according to the release from the LFFA – Lower Fraser Fisheries Alliance, DFO were slow on the uptake to allow for more days of gillnet fishing.

The full statement provided to FVN by Crey is below: 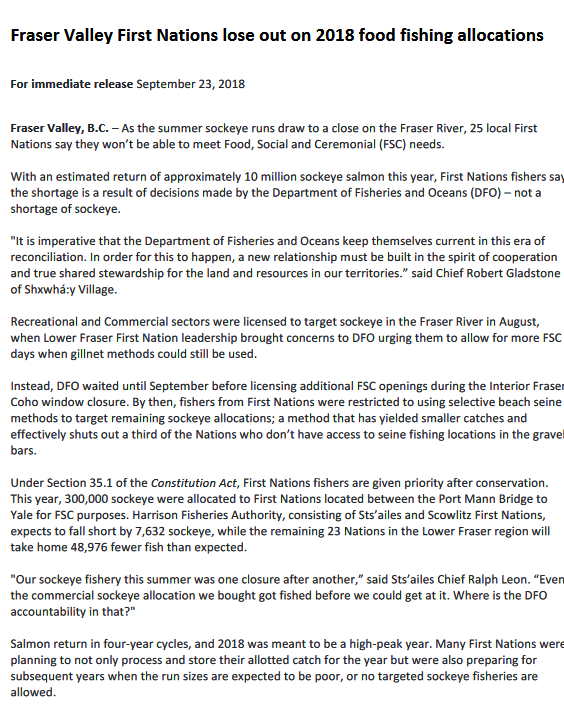