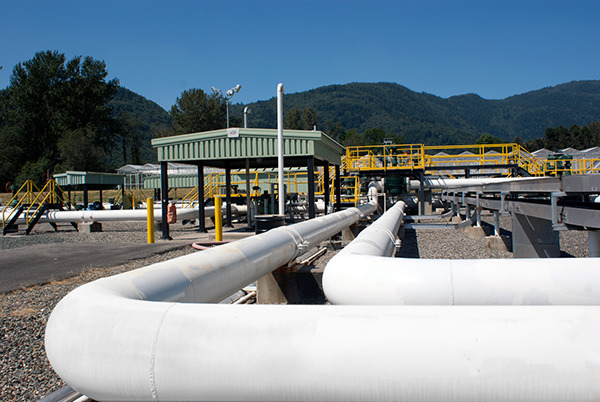 Ottawa/Fraser Valley – The National Energy Board was told on Thursday that it has less than six months to redo its environmental review of the Trans Mountain pipeline expansion, taking into account the impact of additional oil tanker traffic off the coast of British Columbia.

The decision did not mention consultations with First Nations.

The Union of BC Indian Chiefs (UBCIC) is calling on Prime Minister Trudeau to accept the Trans Mountain pipeline expansion and tanker project’s defeat in the Federal Court of Appeal, and to cancel the recent directive to the National Energy Board (NEB) to re-perform its environmental assessment of the ill-conceived and ill-fated project.

“The Trudeau government’s fanatical determination to build this disastrous pipeline and tanker project is boorish and disheartening,” said Grand Chief Stewart Phillip, President of the UBCIC. “It is clear that Indigenous and non-Indigenous peoples alike do not want this project built. Instead of continuing to waste more money, time, and resources on this aberration, Mr. Trudeau needs to accept the public’s rejection, as reified by the wisdom of the courts, to reject the project altogether.”

Shannon Stubbs, Conservative Shadow Minister of Natural Resources, released the following statement in response to the government’s announcement regarding the Trans Mountain Expansion:

“Today, Justin Trudeau once again failed Canadian workers and their families.  It has been three weeks since the Federal Court of Appeal ruled that the Prime Minister and his government failed to properly consult indigenous peoples.  But instead of a concrete plan to get the project back on track, the Liberals have once again proven how little they care about getting energy projects built in Canada.

“While we welcome the preliminary announcement of one small first step, the Liberals have utterly failed to deliver a comprehensive concrete plan to ensure the Trans Mountain Expansion can proceed. Thousands of workers have lost their jobs because of Justin Trudeau’s failure. They deserve federal leadership and a clear plan.

“Getting the Trans Mountain Expansion built should be Justin Trudeau’s top priority.  But instead, he spent $4.5 billion of taxpayers’ money and now can’t even tell workers when construction will start or when this important project will be completed.  Canadian families cannot wait until next year for a plan. For the workers affected, every day counts.