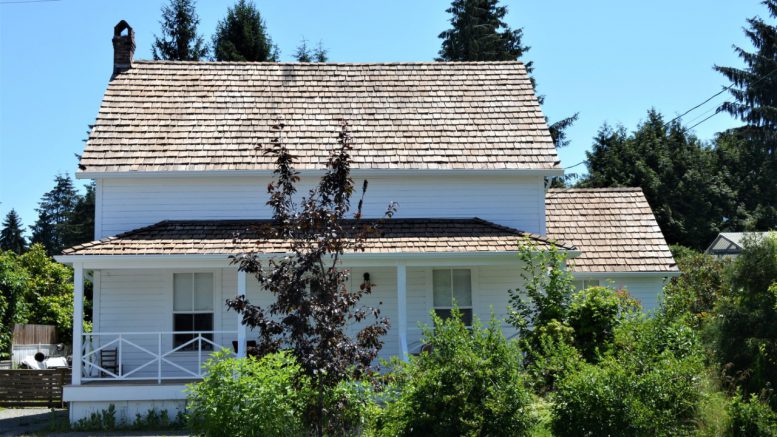 Langley – Saint Alban’s Anglican Church was built in Milner in the late 1800s and is now a community centre in Otter.

The Morrison/Hadden Residence was built by early settlers on Hudson’s Bay Company farmland in Fort Langley and has continuously served as a private residence for more than 114 years.

Both historic sites have been carefully preserved and restored by their current owners, and the dedication and effort it takes to maintain these valuable links to Langley’s past were recognized by Township of Langley Council on September 17.

Plaques were presented to owner Stephan Schigas to acknowledge his work on the Morrison/Hadden Residence, and to Chris Boughen and Mike McManus on behalf of the Phelp Community Society to commemorate their efforts with Saint Alban’s.

“In the Township of Langley, we value our history and strive to honour and preserve our heritage,” said Mayor Jack Froese. “We truly appreciate the work and commitment that residents put into maintaining these important sites, which help tell the story of our past and continue to serve the community today.”

To identify the significance of its historic places, the Township maintains a Community Heritage Register. The Register does not provide heritage protection, but formally recognizes sites for their heritage value and character, and is used to integrate heritage conservation into land use planning. Those who own heritage properties benefit from being on the Register as they are eligible to receive grants through the Township’s Heritage Building Incentive Program,  to assist with the cost of restoring, repairing, and maintaining their buildings.

In 2010, a Community Heritage Register Plaque Program was created to acknowledge the people and groups who own the properties on the Heritage Register and have taken important steps to preserve, restore, or adapt them for continued use.

The recipients are chosen by the Township’s Heritage Advisory Committee.

Saint Alban’s Church, one of the earliest surviving buildings outside of Fort Langley, was originally constructed along 216 Street in Milner in 1890. However, support for the church diminished in the 1920s as the population shifted and the church became too remote from the growing centre of Langley Prairie. In 1925, the building was offered to the Anglican congregation at Otter. The following year it was dismantled, each piece was numbered, and the building was reassembled at its current site at 248 Street and Fraser Highway, on land donated by the Poppy family. A church hall was subsequently added behind the church in 1948 to support the church’s growing activities. 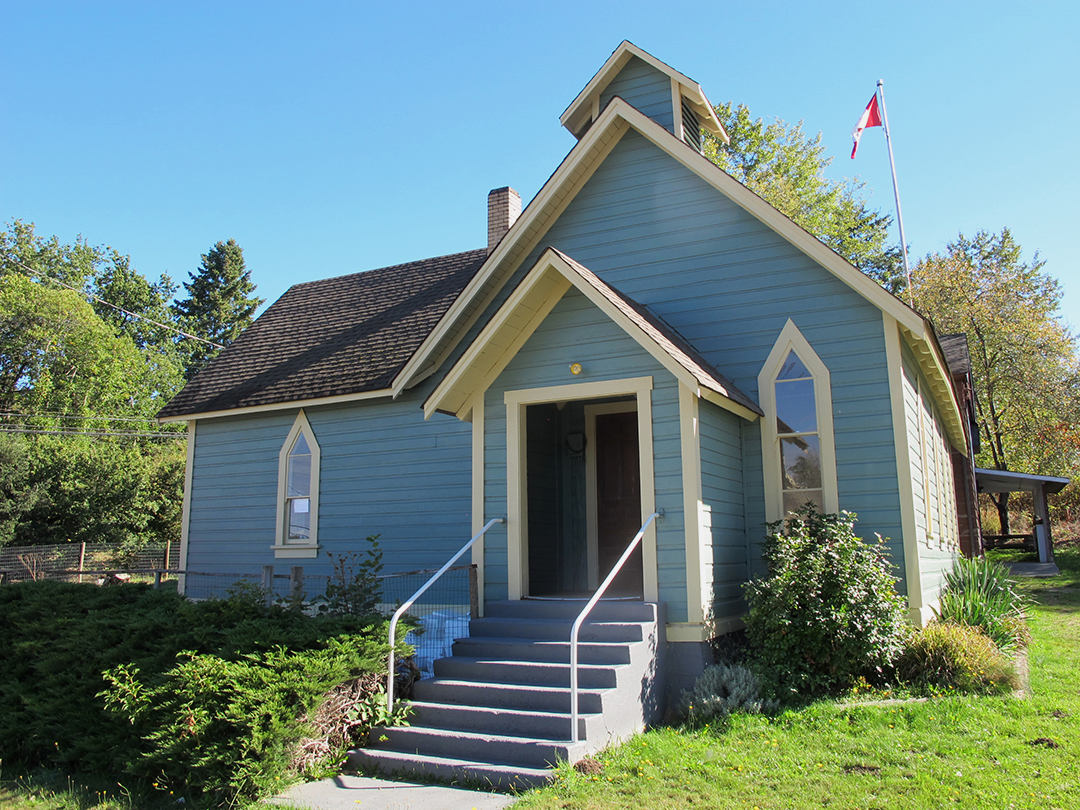 The Phelp Society has repaired and repainted the church portion, which is now used as a community gathering place. The Society’s upcoming projects include enhancing the hall addition and landscaping.

The Morrison/Hadden Residence is associated with the Edwardian-era development of historic Fort Langley. It is one of the earliest surviving houses in the community and the first to be electrified by the B.C. Electric Company in 1910. The home was built on Church Street in 1904 by settler Hector Morrison, shortly after his wife’s death. He subsequently married widow Margaret Hadden whose involvement in the Fort Langley Women’s Institute in the decades that followed was instrumental in the building of the Fort Langley Community Hall. 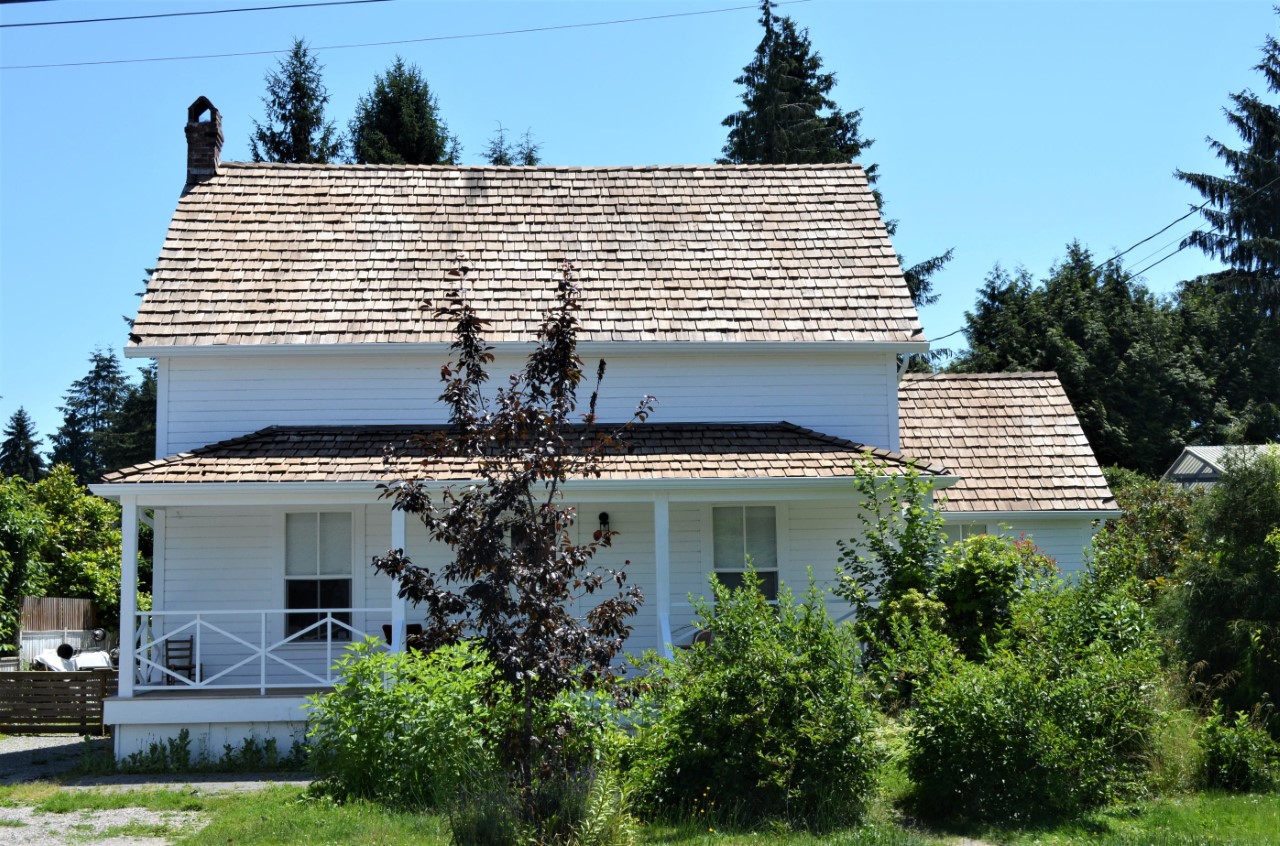 Originally designed and constructed by local contractor George Allen, the home is now owned by Schigas and his family, who have reconstructed the porch, repaired the roof, and repainted the house.

Elaine Horricks, the Township’s Heritage Planner, encourages anyone who owns a heritage site to have the property added to the Community Heritage Register to take advantage of funding available through the Heritable Building Incentive Program. The next deadline for HBIP grant applications is February 22, 2019. Visit tol.ca/hbip.

Provincial Money For Anti-Racism Programs in Abbotsford And Langley