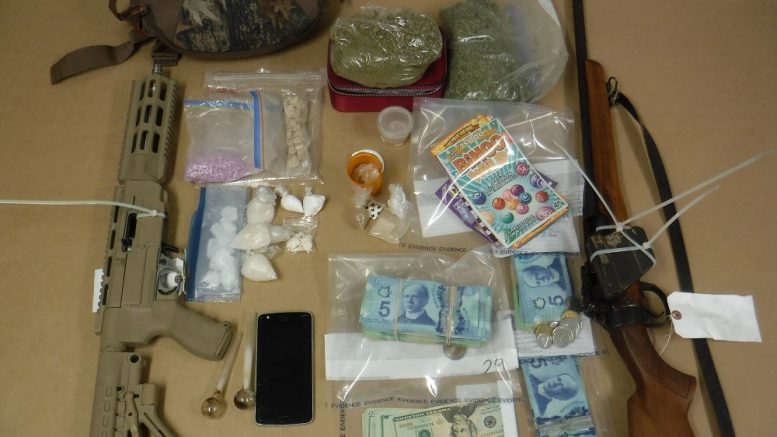 Chilliwack – Chilliwack RCMP seized alleged drugs and firearms during the execution of a Controlled Drug and Substance Act (CDSA) search warrant.
The search stemmed from reports received by police of suspicious activity surrounding a house on Landing Drive. Evidence gathered by the RCMP Crime Reduction Unit (CRU) linked alleged sale of illegal drugs and a suspect to the address.
On September 10, CRU officers supported by the Priority Offender Suppression Team (POST) executed a CDSA search warrant at the residence.
A significant amount of drugs believed to be methamphetamine, fentanyl, cocaine, cash, and alleged evidence associated to drug trafficking, and firearms were seized by police during the search.
Two people were taken into custody on warrants of arrest on an unrelated incident. 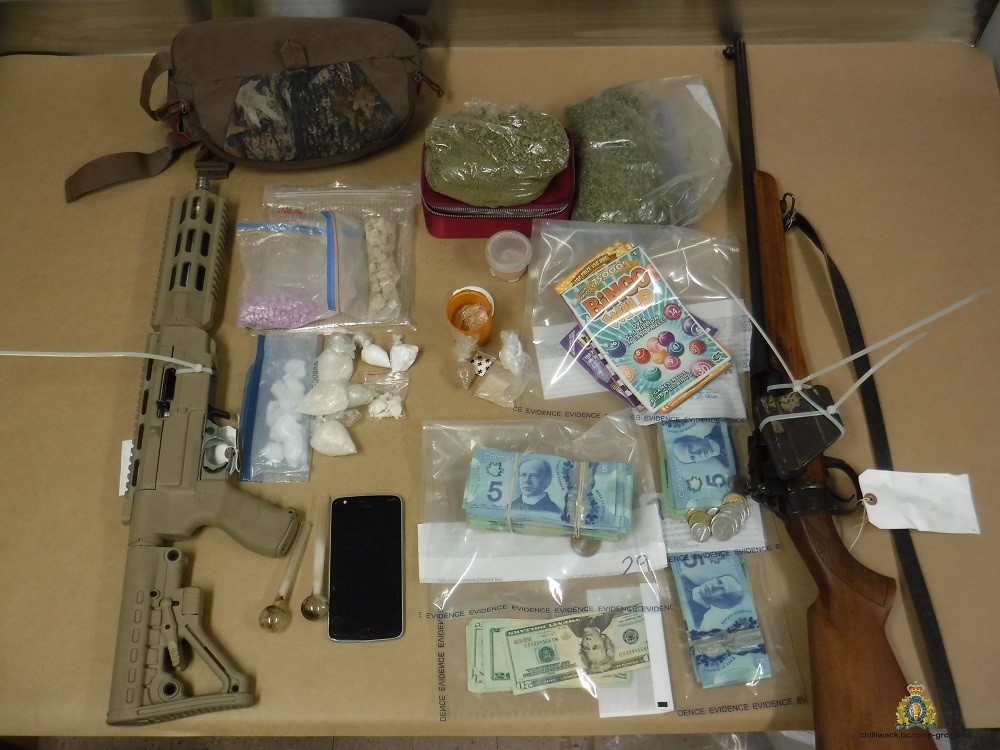 Chilliwack Mountie On Tour For A Cure