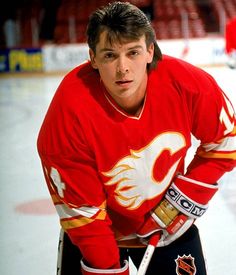 Chilliwack  –  Hockey legend Theoren Fleury has a fascinating and inspirational story, and he’ll be telling it in Chilliwack on November 22.

The Chilliwack Sports Hall of Fame is bringing the former National Hockey League star to town.

Fleury will be the keynote speaker at the 2018 Chilliwack Sports Hall of Fame Dinner, which will be held Nov. 22 at the Tzeachten Hall (45855 Promontory Road).

A Stanley Cup champion and Olympic gold medalist on the ice, Fleury has also lived an incredible life away from the rink.

In his speech titled ‘Don’t Quit Before the Miracle,’ Fleury talks about hope and persistence: “It’s about hope, about moving forward, about never giving up even when the obstacles you face appear overwhelming and unbeatable. From the greatest heights to the lowest depths, both professionally and personally, Theo shares a message about winning it all, losing it all, and reinventing it all over again.”

Fleury spent parts of 15 seasons in the NHL, succeeding in an era where short players were few and very far between. His height (five-foot-six) is the reason he slipped to the Calgary Flames in the eighth round of the 1987 entry draft, despite scoring 61 goals and 129 points in 66 games with the Western Hockey League’s Moose Jaw Warriors that season.

But the native of Oxbow, Saskatchewan proved them all wrong.

He also collected 1,840 penalty minutes, playing with a fearless, and often wreckless, style that he felt was necessary to succeed in a big man’s game.

Fleury won his Stanley Cup with the 1988-89 Flames and helped Team Canada win gold at the 2002 Winter Olympics in Salt Lake City, Utah.

Through it all, Fleury was dogged by personal demons.

As a junior hockey player, Fleury was sexually abused by coach Graham James. He started down the dark road of drug addiction and alcoholism as a teenager and didn’t quit drugs and drinking until 2005.

In his fascinating book Playing with Fire, Fleury talked about holding a gun in his mouth and nearly ending his life because the mental anguish was so overwhelming.

Many audiences have been inspired by his presentation about what he’s learned from his struggles and challenges.

“When Theo Fleury addressed the crowd of more than 500 people at our school you could hear a pin drop,” said Ronald Seguin, vice president of St. Clair College in Windsor, Ontario. “His message was both sad and powerful. Communities, schools, youth programs, all of us, have a responsibility to protect young people from the realities that Theo experienced.

“There is no doubt in my mind that the courage Theo Fleury displays in his presentations will result in saving a young person from the terrible abuse Theo never should have had to deal with.”

Fleury has fully turned the corner and now shares his experiences to help others.

Part proceeds from the Chilliwack Sports Dinner on November 22 will go to Chilliwack Community Services, a local agency which offers programs that support youth who are homeless, struggle with drugs and alcohol, street entrenched and sexually exploited.

The Chilliwack Sports Dinner is also a night to celebrate as the CSHOF inducts the Class of 2018. 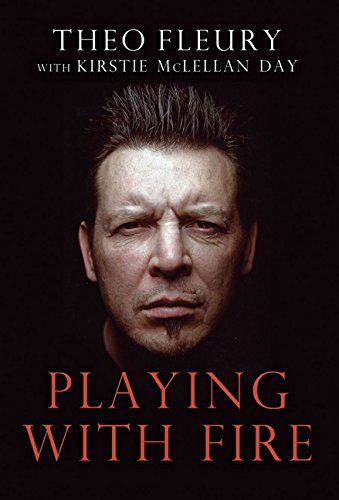 Be the first to comment on "Theoren Fleury – Hockey Legend, Recovered Addict – To Speak At Chilliwack Sports Dinner – November 22"