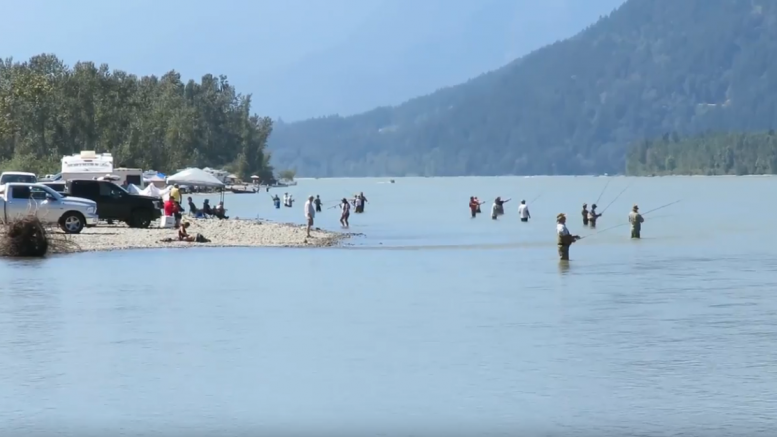 Fraser Valley- Thee opening of the salmon season on the Fraser River was Tuesday. It was very busy as you will see in this video clip that was filmed by environmentalist Chris Gadsen.

This was filmed at Gill Road(Chillwiack) on a hot afternoon.

This year’s sockeye catch is expected to be the best in four years.

The Chinook run is of concern.

The Fraser Valley Salmon Society are asking sport fisherman to respect the timelines and allow First nations to troll with their nets, as their window is only hours long instead of a few days.

Historically, salmon have returned in high numbers every four years. In 2014, 20 million fish made the return trip up the Fraser River to spawn.

Depending on where the fish are caught, the limits are between two and four a day.

DFO (Department of Fisheries and Oceans) fishing information can be found here.

Courtesy Bear Studios/Province of BC 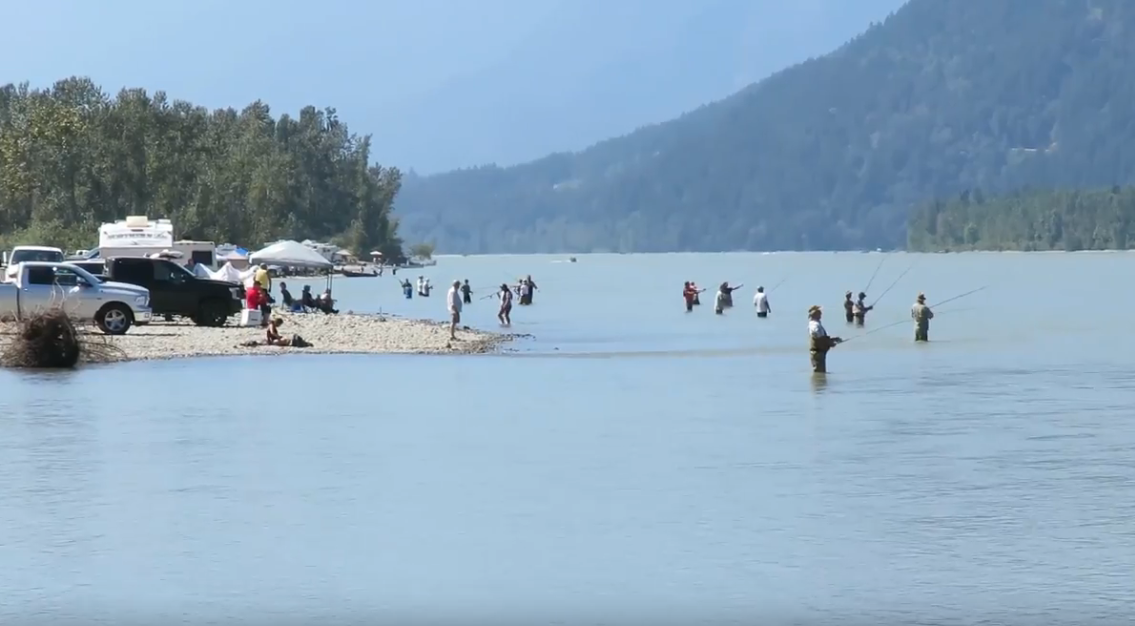 Pink Salmon Run – “The Bottom Is Falling Out”