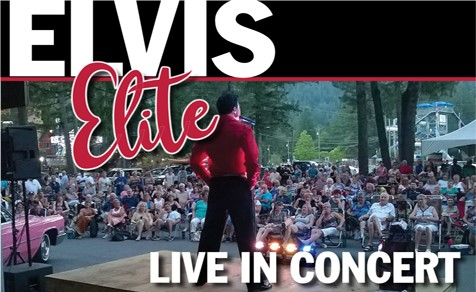 Elliott is a world-class tribute singer and entertainer. Born in Nanaimo, he started his career in 2004, after winning the Top Canadian Tribute Title at Penticton’s Annual Elvis Festival, as well as the Elvis Mania Festival in Cloverdale. Elliott has performed at the Vancouver PNE in 2007 and in 2010, he sang in front of 25,000 people at Empire Stadium for a BC Lions halftime show. Elliott has the “Young Elvis” down to a tee, along with the hip swivels and classic duck walk that made Elvis so recognizable.

Community Events and Activities Committee Chair, Rose Turcasso stated, “We’re thrilled to once again have Elvis Elite rocking the Party in the Plaza.” She added, “This is always a highlight of the summer at Cultus Lake Park that brings in young and old alike. We look forward to welcoming both locals and visitors to what will be a fun evening of entertainment.” 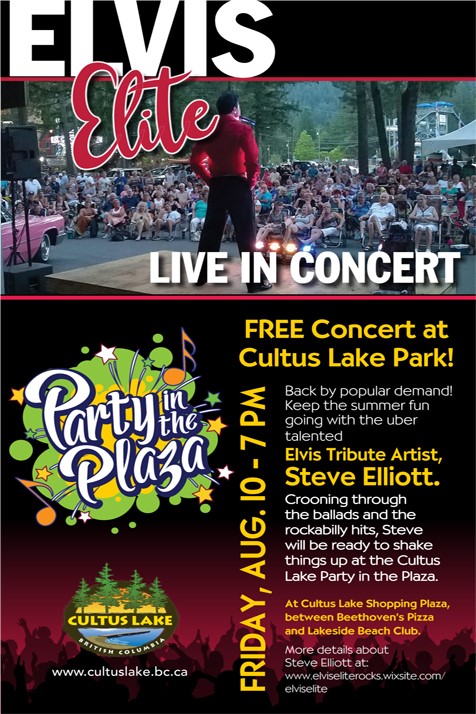 Coneheads In Cultus Demolished – The End Of The Era (VIDEO)