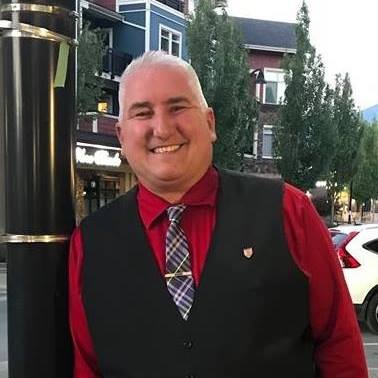 Chilliwack – The owner of North South Military, Cameron Hull, made an impression in the 2014 Municipal Election in Chilliwack, coming in second place behind current Mayor Sharon Gaetz.

In 2018, Hull will not try again for the Mayor’s Chair. The two front runners, Ken Popove and Sam Waddington are the current favorites (As of July 18, Mayor Gaetz has yet to announce if she will run for a fourth term).

There will be three vacant spots on Council (so far) to fill the pots left behind by Waddington and Popove as well as Chuck Stam, who will not return to the council chamber. Christ Kloot, Sue Attrill and Jason Lum are the other city councilors.

In his video, Hull talks about how he had an influence over the past four years, even though he did not win the keys to city hall. A toxic waste disposal project set for the backs of the Fraser, was defeated. He is proud of the history of Chilliwack and wants to maintain much of that tradition, while supporting the future development of the downtown.

“Our City is in a wonderful and scary place.”

Hull wants to see the community built up without demovictions, improve infrastructure to a city fast approaching 100K. Hull wants to see more involvement by the average voter. He is proud that there is an increase police resend in Chilliwack. He wants to work on the opioid crisis in the City.

His webpage is here.

This is his announcement to run:

“The only people that change the world are the ones that show up.” Are you ready to show up?
With that I announce my candidacy for a seat on Chilliwack’s City Council in the Oct 20 election.
Under a three point platform of Respecting Our Past, Taking Care of Today and Building For Our Future. I look to be a positive voice on our council. Respecting our Past means more then simply keeping up old buildings. It is also about respecting historical truths and honouring those who came before us. Taking care of today is about infrastructure and how nothing gets built or done alone. In order to get anything done we must collaborate and work to a common good. As are Building For Our Future we must grasp hold of opportunities for our city but not at the cost of our citizens. If we are practical and open minded. We have the chance to build for everyone’s future
Like many of my neighbours I was not born here but chose this great little piece of the world 14 years ago to put down roots and together with my wife of 19 years raise our family. I have been fortunate to have had the opportunity to live and visit places that have shaped my world view and broadened my perspective. Four and a half years ago I was able to fulfill my dream of having my own retail business. It opened me to serving our community in ways I never knew possible. Those years working downtown have given me some of my greatest joys and most powerful friendships. I have been happy to work with and be a member of various groups in Chilliwack: Former director of the Downtown Business Improvement Association, Proud member and former Director Heritage Chilliwack. As a former member of the Canadian Forces I am an active member of ANAVETS unit 305 Chilliwack. I have been please over the years to offer my time and talents to many community building projects such as: Canada Day, Party in the Park, Historical downtown walking tours, Fortins Village Classic car show, to name but a few.

Be the first to comment on "Chilliwack Businessman Cameron Hull To Run For Council, Not Mayor (VIDEO)"