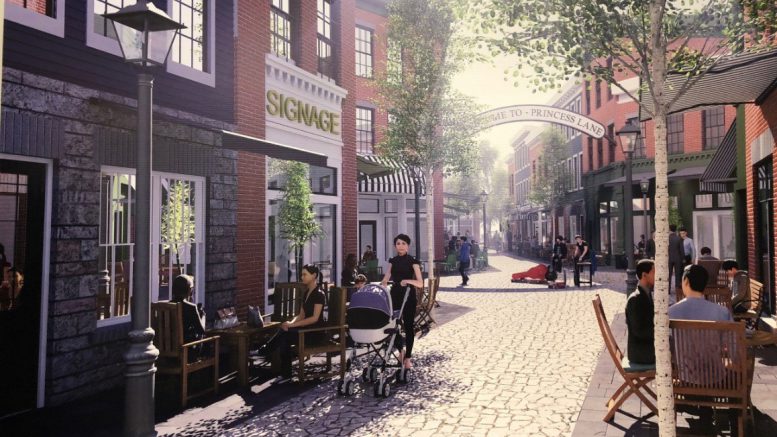 For over a decade there has been plenty of talk and one false start, over the revitalization of the dilapidated Downtown Chilliwack core. That will come to an end.

On Monday morning at the new Five Corners CEPCO office, many thought that this would be a political announcement for Mayor Sharon Gaetz and whatever plans she has for public office. As soon as FVN arrived and saw Dave Algra of Algra Brothers in the room, and the not so well covered up design posters, it was obvious.

The City, CEPCO (Chilliwack Economic Partners) and the BIA (Business Improvement Association) arrived on who won the RFP – Request For Proposals, to give the beleaguered downtown, a much needed face lift. The RFP process started in 2017 although Walas Concepts had their shot in 2014.

The ill fated consulting with Walas Concepts fell apart in December 2014. There was no mention of Walas at this announcement.

Algra Brothers have done a ton of work to improve the core of Downtown Abbotsford, and only a few months ago, made a presentation to Heritage Chilliwack. It was at this time that speculation grew that they would get the nod for the massive project that is expected to start in early 2019 after the permit process has been accomplished. The first phase of the European influenced design including public walk ways will be done in phases with the first deadline in late 2019. As much of the current facades will be kept, although Limited Edition on Yale appears to be looking at the wrecking ball to make room for a pedestrian walkway.

The boundaries of the project includes 3.75 acres within the block of Young Road, Yale Road, Princess Avenue and Nowell Street with the old Empress Lane and Princess Lane becoming pedestrian walkways.

When construction starts, let alone completed, the rising question, where will the downtown homeless go?  Mayor Gaetz noted, that’s why the city has engaged with BC Housing and Fraser Health and other facilities like Cyrus Centre, Ruth and Naomi’s and Salvation Army to help out. A number of BC Housing projects are currently under construction.

Laura Reid with the Heritage Chilliwack Society was very pleased telling FVN: Heritage Chilliwack is pleased to learn Algra Brothers was chosen to revitalize this portion of downtown near five corners. When the initial proposal came out in the fall we were optimistic – as the historic importantance of the area was to be considered as part of the new development. This block of Yale contains many significant heritage buildings. We are happy to know that the new development will incorporate both new and existing buildings in a walkable neighbourhood that urbanist/ activist Jane Jacobs would definitely appreciate. A livable, walkable neighbourhood with outdoor spaces; a neighbourhood with a heart, a place where people can connect.

The first of the videos:

This is what Algra Brothers envisions for Chilliwack:

This is what Algra Brothers have done in Abbotsford:

Mayor Sharon Gaetz on the New Downtown Chilliwack, and when construction starts, where will the homeless go (Note Audio Quality):

Chilliwack : For over a decade, residents, business owners and City committees have been working together to define the vision for Chilliwack’s downtown. Following 2011 recommendations from the City’s Downtown Core Task Force, the City of Chilliwack and the Chilliwack Economic Partners Corporation (CEPCO) assembled properties in the site bounded by Young Road, Yale Road, Princess Avenue and Empress Lane. Now, after many years of work, Chilliwack City Council has awarded the contract for the redevelopment of the 3.75 acre downtown site to Algra Bros. Developments Ltd.

The new and innovative redevelopment proposed by Algra Bros. aims to transform the downtown into a healthy, sustainable and thriving community and will set a benchmark for all subsequent development downtown. The redevelopment site will see a combination of retail, commercial, residential and mixed-used developments as part of the multi-year, multi-phase project that will provide a balance of jobs, amenities and housing to create a diverse and inclusive downtown core.

The vision for the future of downtown Chilliwack has been carefully crafted and scrutinized through extensive community engagement and documented in a variety of plans. The 2010 Chilliwack Downtown Land Use and Development Plan, the 2011 Downtown Core Task Force Final Report, and the 2040 Official Community Plan all have the same focus for downtown Chilliwack: a main street building design with development framing the street to support a vibrant and safe core with active retail, entertainment and civic functions.

“It is with great excitement that we take this important next step towards revitalizing the heart of our community,” said Mayor Gaetz. “We are confident that Algra Bros. will help us create an iconic, contemporary neighbourhood that recaptures the past while creating a bold, new vision for the future.”

“CEPCO is pleased to welcome the Algra Bros. as new partners in the ongoing redevelopment of our downtown core,” said Brian Coombes, CEPCO President.  “Their innovative vision for downtown and commitment to quality is a welcome addition in such an important part of our community.”

Now, through forward-thinking design, Algra Bros. aim to create a sustainable, walkable and vibrant city centre in Chilliwack with a mix of businesses, cafés, shops and residences that offer an urban experience while remembering the area’s historical significance.

“We see such tremendous opportunity for the community in Downtown Chilliwack,” said Dave Algra. “We’re very excited and thankful to be a part of the rejuvenation of Chilliwack’s Downtown.”

The City of Chilliwack has been investing in the downtown core for over two decades. New facilities like the Cultural Centre, the Landing Leisure Centre and the Prospera Centre helped establish the area as a hub for activity. Streetscaping, utility upgrades, park development and greening have also been strategically implemented.

The City of Chilliwack and CEPCO are committed to revitalizing downtown Chilliwack and are excited about the future of the area thanks, in part, to the multi-phase development by the Algra Bros. 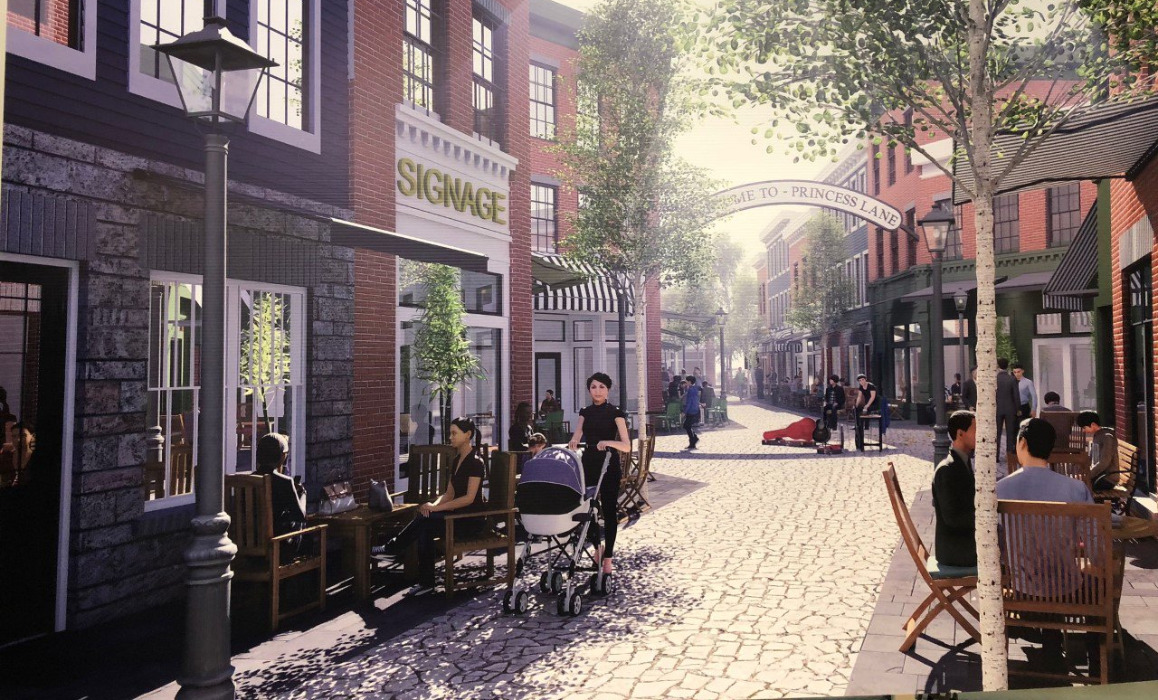 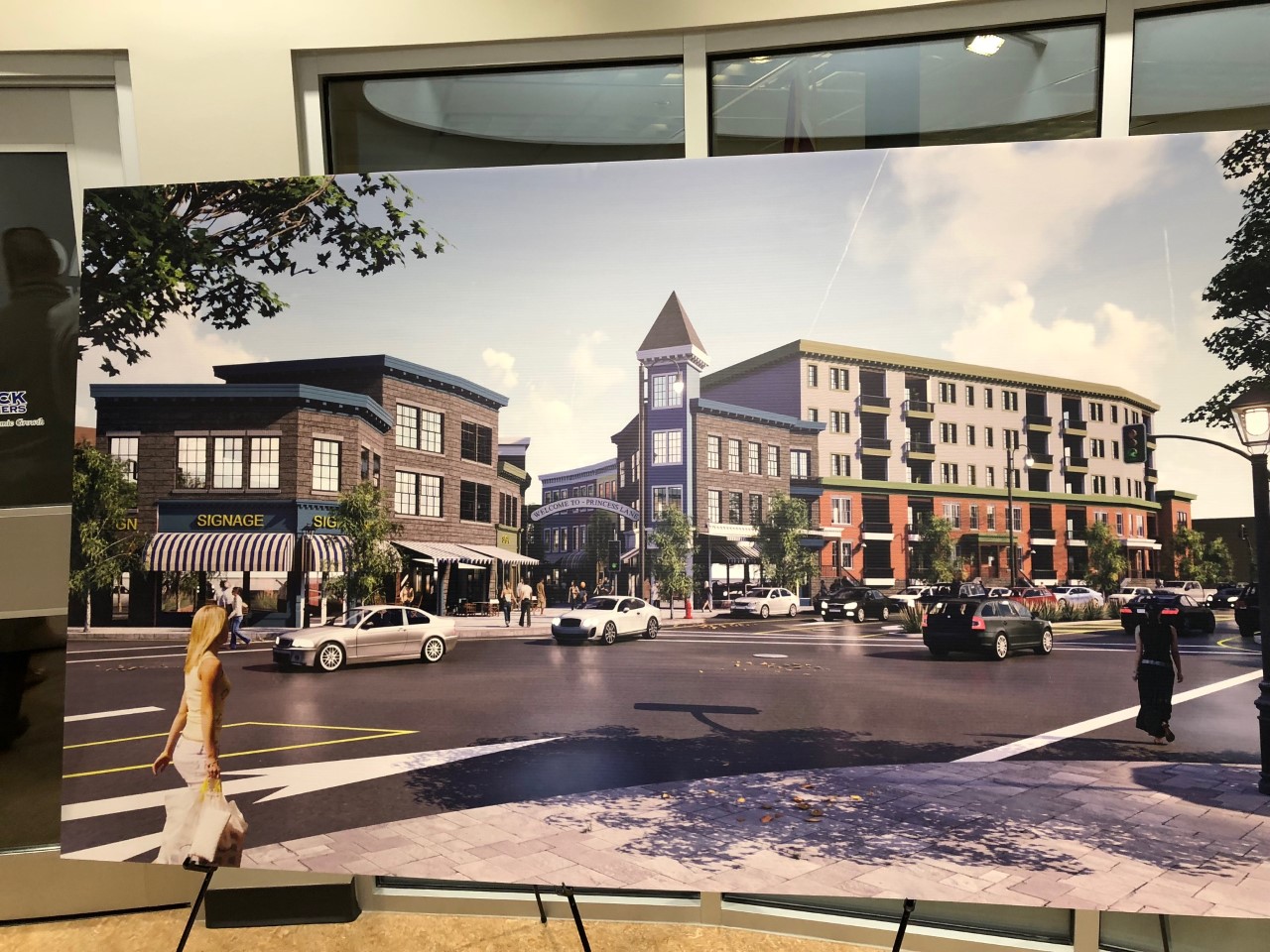