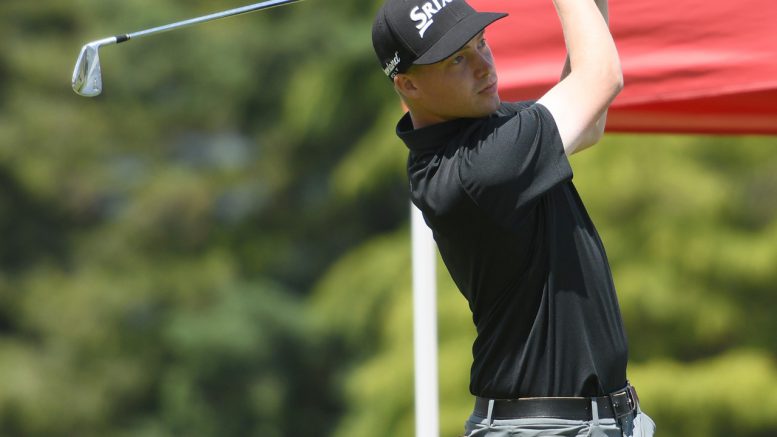 Chilliwack – Playing in blustery conditions during Tuesday’s opening round at the Canadian University/College Championship, the host University of the Fraser Valley men’s golf team blew away the field.

Playing at Chilliwack Golf Club, the Cascades were the only team to finish under par as a group, firing a collective score of 10-under (278). That leaves them 13 strokes clear of their closest pursuers, the Laval Rouge et Or (291). The Guelph Gryphons (292), Montreal Carabins (293) and UBC Thunderbirds (293) round out the top five after the first of four rounds.

Individually, Zach Olson led the charge. The fourth-year Cascade from Strathmore, Alta. carded a four-under 68 and sits tied for first place with Adam Graham of the Brock Badgers and Wyatt Brook of the Vancouver Island University Mariners. 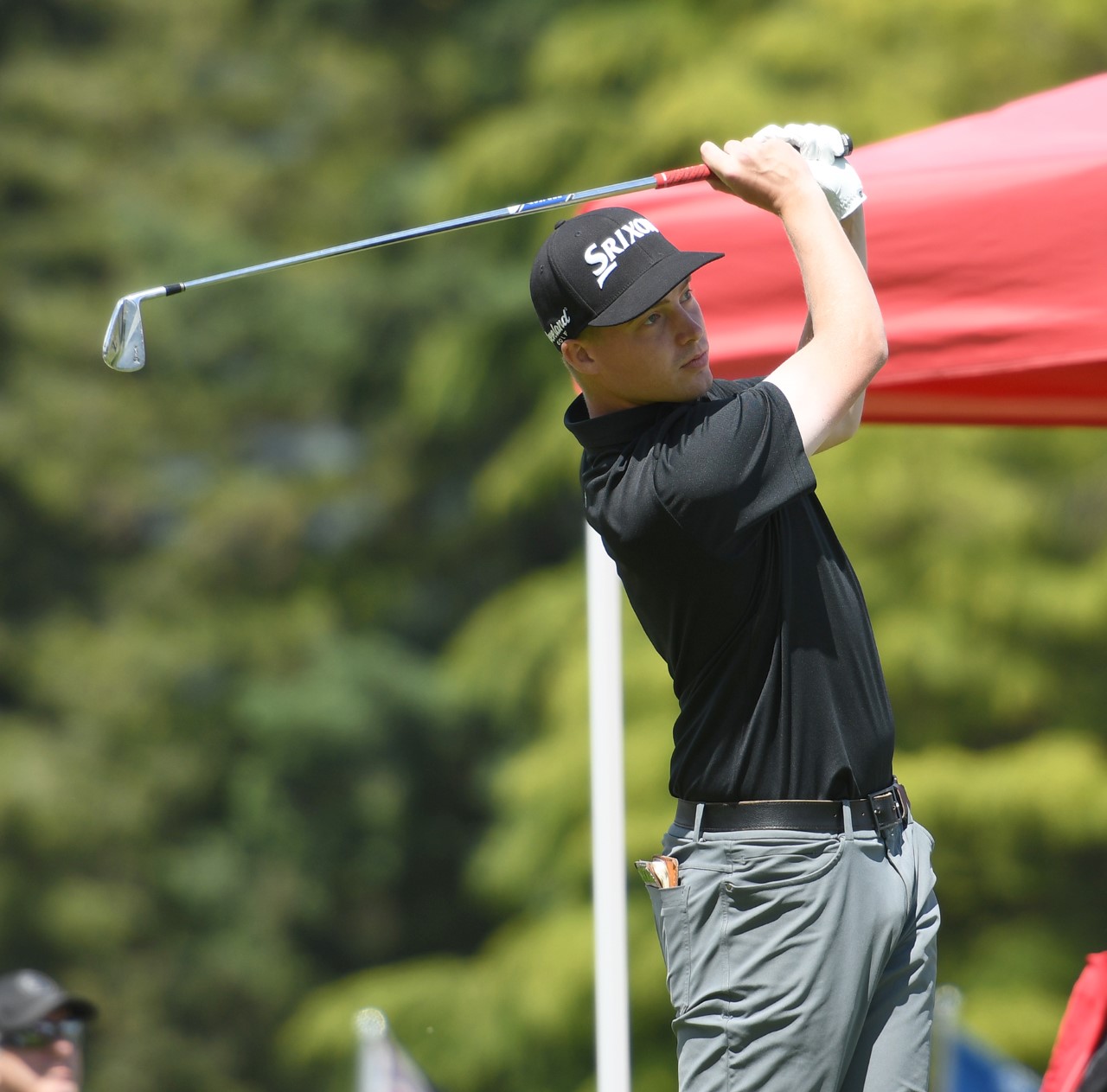 “We definitely played well today as a team, so hopefully we can keep it going for the next three,” Olson said afterward. “I was just hitting the ball in play, pretty much. My driver was good off the tee, left some good yardages coming in, and putted pretty solid all day. My short game is pretty decent, so I just let it happen.”

“You hope to get off to a good start at an event like this – it’s a long four-day battle,” echoed Cascades head coach Chris Bertram. “You can’t win anything on the first day, but you can lose it on the first day. We wanted to get out here and put ourselves in a good position, and we played really well in some really tough conditions. The wind was tough, and there were some tough pins.

“It got really windy for us on the back nine, which is the tougher nine here. We battled really hard, and we gave back some strokes coming in, but those are some tough holes to finish. If you take it on the whole, I’m really happy with how everyone played.”

The two-time defending champion UBC Thunderbirds seized the early lead at +5 (221) behind individual co-leaders Kelly Hellman and Avril Li, who posted matching even-par 72s. UBC is two strokes up on the Montreal Carabins (223), while the Victoria Vikes (226) and Toronto Varsity Blues (234) round out the top five.

Emery Bardock (77, T-13th) is the top Cascade in the individual standings, and teammates Maddie Kapchinsky (79, T-19th) and Hannah Dirksen (80, T-24th) are also in the top half of the field.

“The girls got off to a good start and had a good front nine, and seemed to lose some momentum on the back,” Bertram analyzed. “But there’s some talented players in our group, and I know that over the next three days, a lot of things can change. I expect them to get better as the week goes on.

Be the first to comment on "UFV GOLF: Olson, Men’s Team Lead At Canadian University/College Championship"