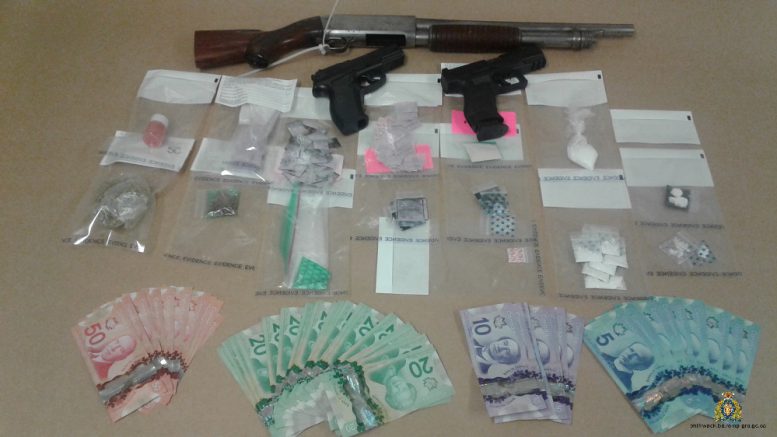 Chilliwack – A 31 year old Chilliwack man faces charges after being arrested during a RCMP drug investigation.
Shortly after noon on May 23, Chilliwack RCMP Prolific Offender Suppression Team (POST) was conducting covert surveillance of a residence in the 9300-block of Fletcher Street. As officers were collecting evidence, a man allegedly exited the residence and fired a handgun at a vehicle, which left from the scene.
The individual was immediately taken into custody by police. The vehicle and its occupant were quickly located in the 4600-block of Reese Avenue by General Duty (GD) officers.
Around 6:30PM investigators from POST supported by the Chilliwack Crime Reduction Unit (CRU) executed a Controlled Drug and Substance Act (CDSA) search warrant of the residence.
Pellet pistols, a loaded sawed-off shotgun, suspected opioids, articles associated with drug trafficking, and cash were seized by officers during the search.
Corey Richard Emery has been charged with assault with a weapon, possession of a weapon for a dangerous purpose, and mischief under $5000.Furhter charges are pending. 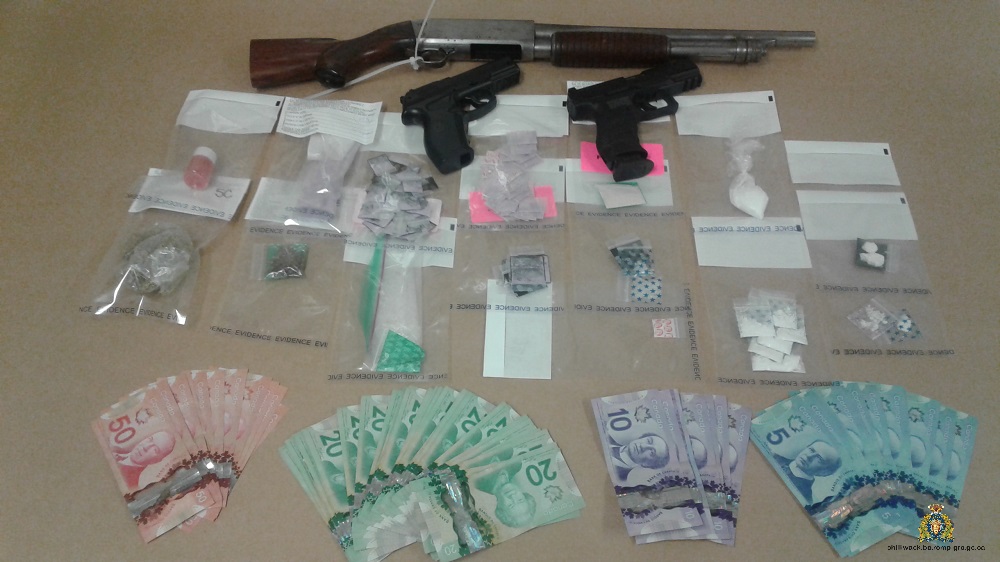 Be the first to comment on "Chilliwack RCMP – Shooting Suspect Arrested"