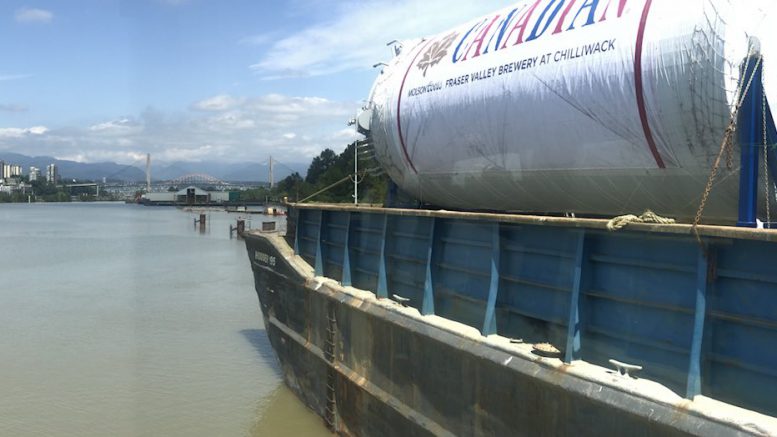 But these are the huge brew tanks that will be part of the new Molson Coors Brewery in Chilliwack.

Tug Boat Fraser Navigator was scheduled to head up the Fraser River with one the first of many barges in tow over the next couple of weeks. The transport is on hold due to river conditions and other issues.

This all started Thursday morning at the Quay in New Westminster.

The barge was to pass by the Quay with two large, two medium, two small (but still large) tanks on the first barge heading up the Fraser River.
Viewers encouraged to take selfies and use the #beertanks hashtag.
The barge will stop at Mission Raceway over night Thursday, and will remain stationary until a departure to Chilliwack Saturday morning. By that time , the river flow should have dropped a considerable amount. As of Thursday afternoon, some alerts in Abbotsford were rescinded.
The tanks will then be transferred onto flatbed trucks for transportation into Chilliwack, with transport through Chilliwack starting Sunday.
Photos courtesy of photographer Marthew Hawkins. Follow the journey on Twitter @DevinsNetwork. 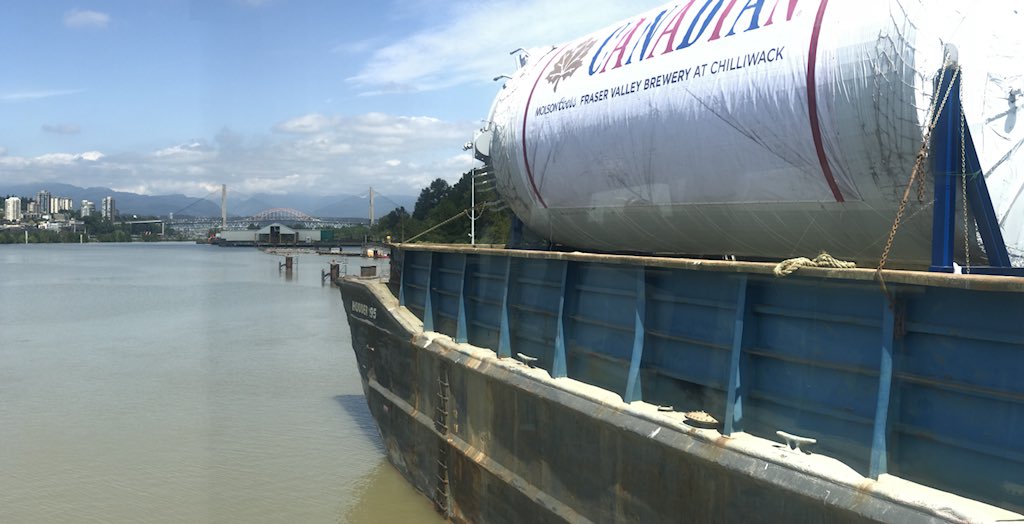 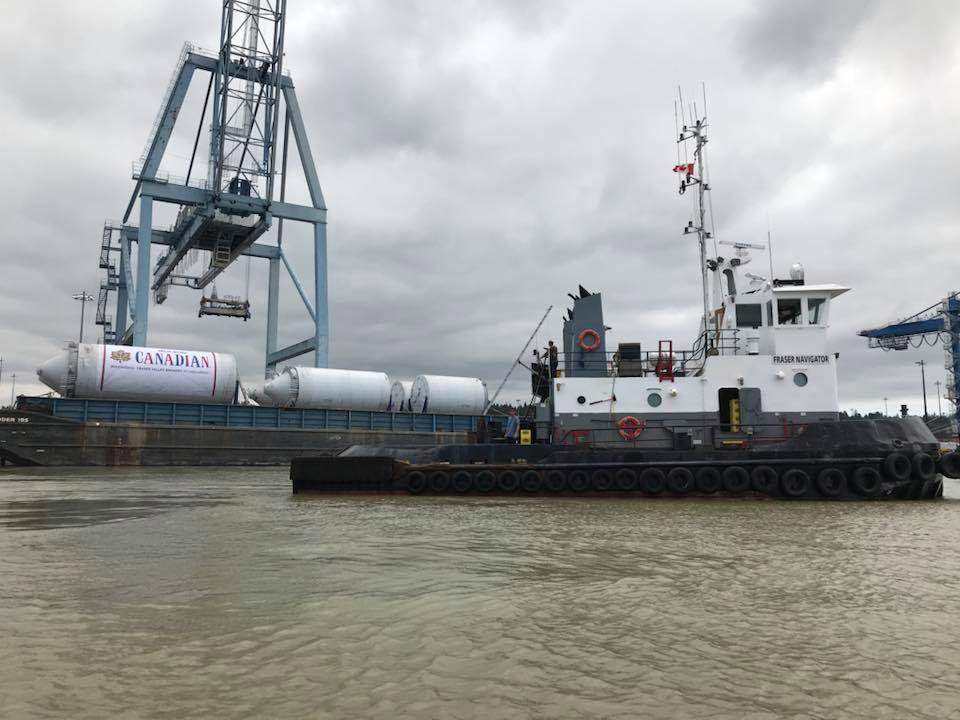 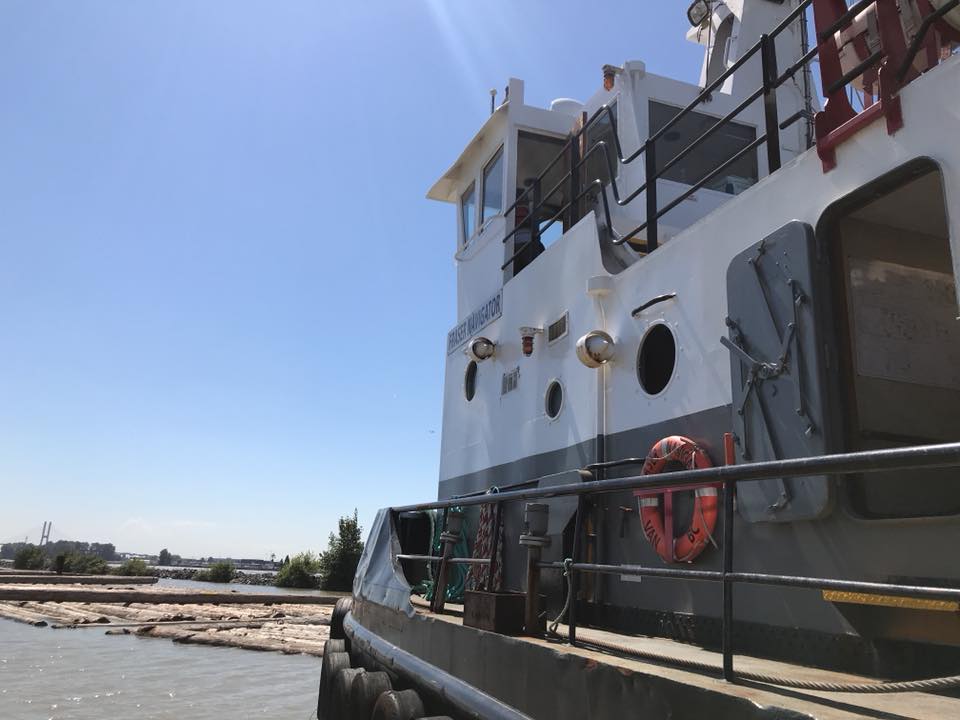